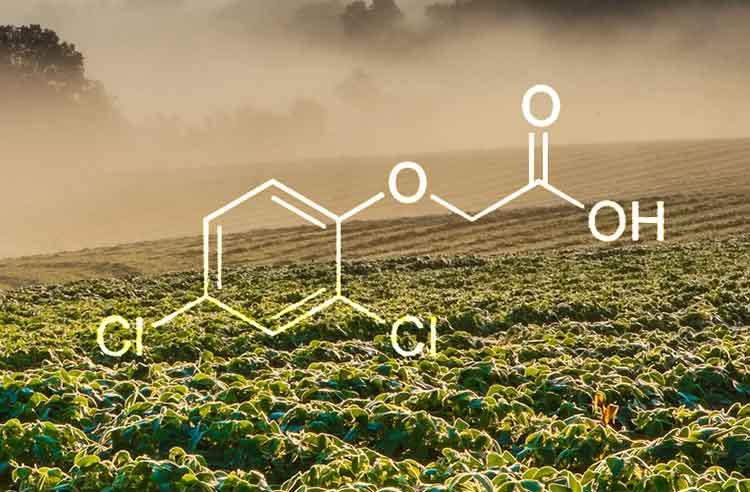 Garnering EPA approval in six states last month, 2,4-D, a pesticide, in some circles known for its link to Agent Orange is now awaiting approval in 10 more states.

Luckily, it will need to wait a little longer.

Thanks to a request from the good folks at the Center for Food Safety, as well as many petition signatures like those Wellness Warriors who signed our petition,  the deadline to comment on the EPA’s approval is extended until December 15th.

And, in case you needed some motivation to push for better regulations on pesticides, consider Dan Nozowitz’s story in Modern Farmer this month about a new study out of the National Institution for Health that found strong correlations between pesticides and depression amongst farmers:

There’s a significant correlation between pesticide use and depression, that much is very clear, but not all pesticides.

The two types that Kamel says reliably moved the needle on depression are organochlorine insecticides and fumigants, which increase the farmer’s risk of depression by a whopping 90% and 80%, respectively.

The study lays out the seven specific pesticides, falling generally into one of those two categories, that demonstrated a categorically reliable correlation to increased risk of depression.”

Of course, 2,4-D is not one of these chemicals, but it is concerning all the same that pesticides could have such a strong effect on farmer’s lives.

Adding environmental and societal impacts into the drama, Bernice Yeung, Kendall Taggart, and Andrew Donohue from the Center for Investigative Reporting explore the California strawberry industry’s dependence on 1,3-D, a fumigant (again, not 2,4-D, but an herbicide developed by Dow all the same) used to ward off a number of different pests and diseases on strawberries. Yeung et al. explain that while the detriments of this chemical are many, its use is propping up strawberry production in California (source of 90% of America’s strawberries):

State public health officials classify fumigants like methyl bromide, 1,3-D, metam sodium and chloropicrin as among the most potentially dangerous to workers and neighbors.

They’ve become a key reason America’s strawberry production and consumption has skyrocketed. Without fumigants, the industry warns, farmers will go out of business, farm workers will lose jobs, and you’ll have to pay more at the grocery store.

Brian Leahy, the current Department of Pesticide Regulation director, said he wishes fumigants would go away, but he doesn’t see it happening. The department and growers are researching alternatives, but no clear solution has emerged.”

Let us reiterate that we are not suggesting the findings of the NIH or the 1,3-D reports apply to 2,4-D. We are merely illustrating the point that pesticides while having their place in modern agriculture, can do a huge amount of damage to human health, the environment, and our economy.

Express your concern to the EPA today!