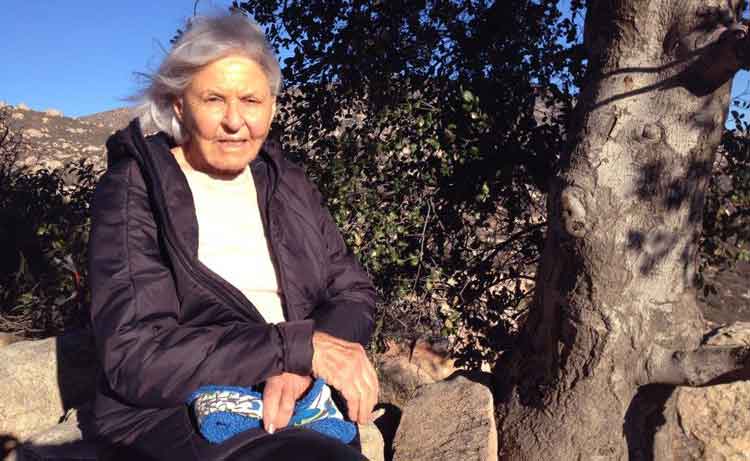 A Theory of Smidgens

Achieving overall fitness and well-being is built choice by choice, one “smidgen” at a time. So are disease and infirmity.

In fact, the small choices—repeated often enough and over time—have the greatest impact.

Think of a slope rising, or in decline. It can be steep or gradual. Now judge yourself by how you feel today. Think back 10 years. What was your life like?

By looking at the differences, you may be able to project the speed at which the next 10 years will improve, decline, or stay steady. Whatever your conclusion, you will be inspired—especially if you’re in decline.

I’ve experienced it. I feel younger today than I did 15 years ago. I take a walk: my legs don’t ache. I don’t breathe as hard when I climb to Alex’s Oak—a lone tree high on a ridge above Rancho La Puerta. (This photo is from a hike to Alex’s Oak earlier this year, testing to make sure my “theory of smidgens” is still working!)

A good climb up a hill (or mountain, depending on your fitness level) is a great measurement of your progress toward better fitness or decline year after year.

Some guests who come to the Golden Door or Rancho La Puerta every year never miss taking the same hike in the morning after they arrive.

They want to know if they’ve improved their fitness level in the past year, slid back, or simply kept up.

Smidgen. The word dates back to 1835-45, but its origins are unknown. The definition is “a very small amount, as in ‘a smidgen of jam on your toast.’”

I refer to smidgens a lot.

As I am not a doctor and I don’t have a perfect memory for facts and figures—there are too many in my head already—this term serves as a catchall to explain the cumulative effects of choices made and not made.

Aging is not something that kicks in suddenly when we turn 65; it is a progressive accumulation that builds over a lifetime of eating, breathing, exercising (or not), “stressing out,” burning the candle at both ends, and a myriad of other actions and choices.

A dietary example: take the ubiquitous packets of artificial sweetener found on virtually every restaurant table across the land.

A packet or two added to your coffee or tea each day means by year’s end you will have consumed almost 750.

That’s how fast those smidgens can and do add up into quite a few pounds of “stuff,” and often their long-term effect on the body may still be fundamentally unknown.

The leading causes of death worldwide—cancer, heart disease, diabetes, and chronic lung disease—are often the result of behaviors such as smoking, obesity, and inactivity.

These lifestyle choices bring us to our knees one smidgen at a time and are not inevitable.

At first glance, our daily choices—the cheeseburger rather than the salad, the hour spent working late at the office instead of working out in the gym—may seem inconsequential.

Over a lifetime, they can make the difference between sickness or health; between growing older and sicker or staying vital and full of energy.

Don’t make the mistake of pointing to someone you know who did everything wrong.

Because genetics play a huge role in longevity, there will always be an Aunt Tilly in your family who smoked, drank bourbon, and sat in her chair on the porch until she was 101.

Don’t count on you being the next Aunt Tilly.

Do count, however, on doing all you can to be healthy and comfortable by outsmarting the smidgens.

And do feel free to comment below and inspire fellow wellness warriors with how you have outsmarted some of the smidgens in your life!

Why Not an “Edible Education”?

How Can The School Nutrition Association Put Dollars Over Lives

Processed And Red Meat Cancer Link: Let’s Not Get Hysterical, But The Concern Is Real, Both For Humans AND The Planet