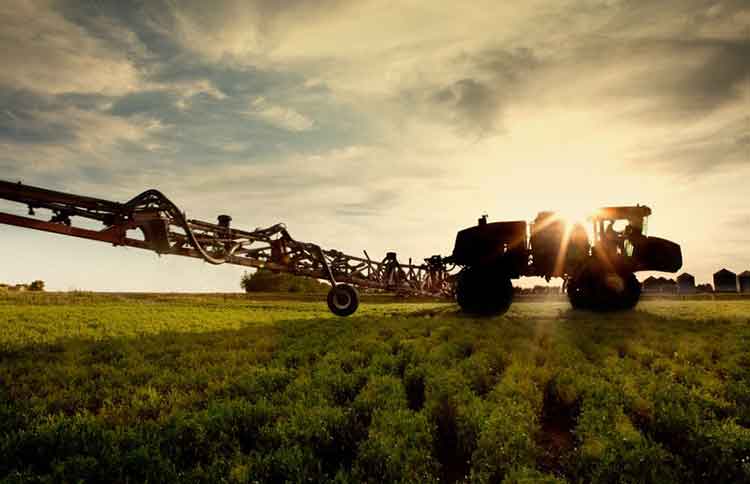 A little over a year ago many Wellness Warriors rallied behind our petition to stop the approval of Dow Chemical’s Enlist Duo—a newly developed toxic combination of glyphosate (the active ingredient in Monsanto’s RoundUp) and Dow’s 2-4, D (a derivative of Agent Orange).

To the dismay of many, the EPA approved the toxic cocktail in October of last year despite a lack of complete information about its effects and the outcry from major environmental and consumer protection groups.

But wait: last week, our consternation turned to joy when the EPA reversed its ruling and declared that it would take the herbicide off the approved list.

This is a big win for those of us who care about toxins in the environment and GMOs. But wait (again): the fight may not be over yet.

In October of this year, Earthjustice and Center for Food Safety had their day in court with the EPA over Enlist Duo.

The lawsuit hinged on the EPA’s failure to uphold the Endangered Species Act, which requires the agency to consider the biological implications of any federal project.

EPA can no longer be confident that Enlist Duo will not cause risks of concern to non-target organisms, including those listed as endangered, when used according to the approved label,”

Backing the suit were some stalwart Wellness Warriors including Beyond Pesticides, the Center for Biological Diversity, Environmental Working Group, the National Family Farm Coalition, and Pesticide Action Network North America.

Why this is Important

Based on the grounds of the lawsuit, we might assume that the key danger of Enlist Duo is its effects on endangered species.

While this is true, flora and fauna are not the only part of the story. The chemical concoction also has dangerous implications for humans.

The World Health Organization recently designated glyphosate and 2,4-D (among other herbicides) as “possibly carcinogenic to humans” Many feel particular concern for farmers and farmworkers who are exposed at very high rates, but there is also concern over these herbicides getting to the consumer.

From the Earthjustice press release:

With this action, EPA confirms the toxic nature of this lethal cocktail of chemicals, and has stepped back from the brink,” said Earthjustice Managing Attorney Paul Achitoff. ”

Glyphosate is a probable carcinogen and is wiping out the monarch butterfly, 2,4-D also causes serious human health effects, and the combination also threatens endangered wildlife. This must not, and will not, be how we grow our food.”

But, the toxicity to biological health is not the only issue with Enlist Duo.

This product is designed to work in tandem with an already approved genetically engineered strains of corn and soy.

In other words, approval of Enlist Duo is also approved for a new generation of GMOs in our food system.

A press release from the Center for Biological Diversity about the ruling explains how USDA approval of GMO crops and EPA approval of these crop’s tandem pesticides causes a vicious cycle of crop resistance and an “arms race” to more complications:

Enlist Duo allows farmers to spray both glyphosate and 2,4-D without killing their crops.

But some weeds have already developed 2,4-D resistance, and the escalating cycle of more toxic pesticides in the environment will continue unless the EPA stops approving these chemicals, and USDA stops rubber-stamping new genetically engineered crops.

Enlist could still go back on the Market

The ruling from the EPA is really nothing more than a requirement for the agency to go “back to the drawing board” and be more diligent about the product’s approval.

Quoting a spokesperson for Dow, Jesse Newman of the Wall Street Journal notes the chemical company’s confidence in getting Enlist Duo back on the market for the 2016 growing season:

We are working with EPA to quickly provide further assurances that our product’s conditions of registered use will continue to protect the environment, including threatened and endangered plant species,” he said. “We expect that these new evaluations will result in a prompt resolution of all outstanding issues.

This is an exciting victory and great cause for celebration amongst opponents of toxics in the environment and the dangers of GMOs, but no one expects Dow to give up on this money maker.

As weeds and pests continue to grow immunity to GMO technology, Big Ag is scrambling for short term solutions, like Enlist Duo.

Karl Plume of Reuters reports that Dow is in the process of selling off its agribusiness division, so while this could be a blow to Dow, the rights and patents for Enlist Duo would still be alive and kicking under any acquisition.

In other words, Enlist Duo is not going away.

It’s great to know that there are good Warriors out there like EarthJustice and Center for Food Safety using the law to make positive change.