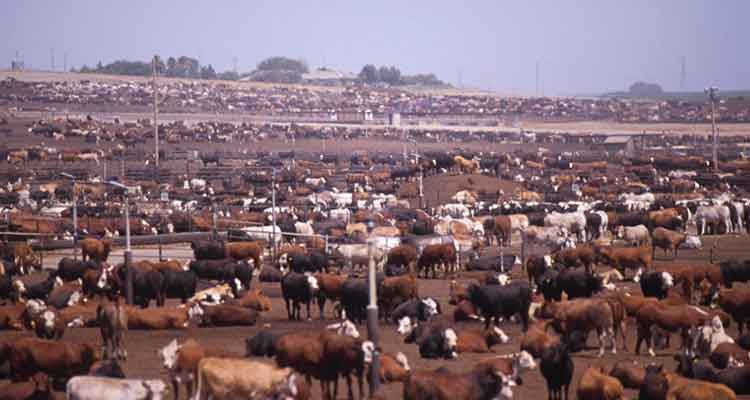 Yes, we’ve heard a lot of good news about the reduction of antibiotic use lately.

Consumer awareness of the dangers of pre-emptive “medically important antibiotics” (those used in humans)  being used on livestock has prompted a number of major livestock players and retailers to issue statements on how they’ve reduced antibiotics throughout their supply chains.

Great! But a recent report from the FDA reminds us that the fight against antibiotic overuse and the superbugs that they potentially create is far from over.

Released in early December 2015, the 2014 FDA report on annual antimicrobial use in livestock analyzed the sales and distribution of antibiotics for last year.

Within the key findings, they list a 23% increase in the use of antibiotics over the last five years. Some other shockers (though not particularly different from other report years), include:

Yikes! Despite real progress in reducing antibiotic overuse, it is still a rampant and growing problem.

In fact, as Tom Philpott of Mother Jones explains, this new data is even more concerning because meat production and consumption in the U.S. is slightly on the decline.

Referring to the five years between 2009 and 2014 he notes that antibiotic use has become more concentrated:

Over the same period, the total number of cows and pigs raised on U.S. farms actually fell a bit, and the number of chickens held steady.

What that’s telling us is that U.S. meat production got dramatically more antibiotic-dependent over that period.”

Widespread overuse of antibiotics creates “superbugs” (bacteria that grow over many generations to become resistant to the drugs).

The CDC reports that 23,000 people die in our country each year due to antibiotic-resistant bacteria. Because roughly 80% of the antibiotics used in this country go to livestock, and 62% of those drugs are also used for humans, many people believe that we can prevent some “superbugs” by setting limits on agricultural use.

Sarah Borron of Food and Water Watch explains why her organization is leaning on Congress to take action:

What we know about antibiotic use in agriculture is troubling, and what we don’t know is more troubling still.

We can’t afford to waste medically important antibiotics for questionable purposes in agriculture.

That’s why we’re calling on Congress to pass legislation that would ban such nontherapeutic uses of antibiotics in livestock and poultry.”

The agriculture industry’s use of antibiotics focuses mostly on promoting animal growth, which pre-emptive antibiotics accomplish nicely. The rapid growth of animals ensures profitability in a business with slim margins.

Yet many experts now argue that pre-emptive antibiotics do not promote growth. Maryn Mckenna of National Geographic’s The Plate recently shared a report by the British Review on Antimicrobial Resistance which argues for setting international limits on antibiotic use.

The scientific argument for these limits is undeniable.

She cites one study from Johns Hopkins showing that farmers lose money by using pre-emptive antibiotics and another global study from Princeton showing that they add an insignificant amount of weight to poultry.

So why then do farmers and ranchers use them? McKenna explains that it has to do with the cleanliness of the facilities.

The cleaner the chicken house, the less effective antibiotics are.

The problem, then, as with most things, is really an economic development problem:

And that means the battle over farm antibiotic use could, like climate change, become a dispute that pits rich industrialized nations against emerging economies that have the same appetite for meat that the West does—and intend to take the same hazardous path to achieve it.”

This global stalemate could also reflect the reality in our own country. Many farmers, particularly those in the poultry industry, aren’t exactly making great profits.

It’s far cheaper year-to-year to buy relatively low-cost drugs than it is to make a large capital investment into facility upgrades.

What can you do?

If you have the means, help prevent the spread of superbugs by buying local and organic animal products.

The organic label ensures that no pre-emptive antibiotics are used, and you can have a conversation with your local producer about their farming practices.