In Depth: All You Need To Know As The FDA Struggles To Define the Word “Natural” 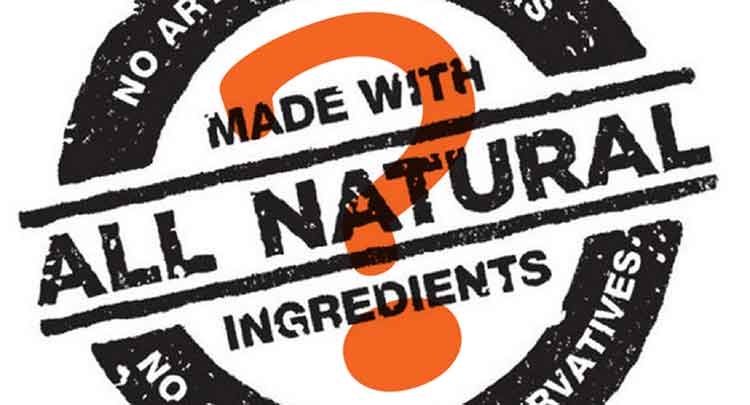 Many consumers feel like they have an intrinsic understanding of the word “natural.”

Usually, it’s the ameliorative sentiment: natural is something safe, something non-threatening, something that is just, sort of “right.

This is the feeling that food manufacturers hope to evoke by using the word “natural” to label their products.

Sometimes the use of the word is accurate, but other times, it can be very misleading.

The FDA recently announced that it will explore the use of the term “natural” and the agency’s first step is an ask for public comments. And with good reason:

But is any of the above reflective of reality in current labeling practices? No.

Two weeks ago, Wellness Warrior founder Deborah Szekely declared she would write a letter to the FDA explaining her opinion on the use of the word “natural.”

Check out Deborah’s letter here and feel free to copy all or part of it and submit your own comments to the FDA here (if this link expires, search for FDA-2014-N-1207 on regulations.gov).

Of course, the devil is in the details, so here’s more information to help you form your own opinion:

Opinions on the Issue are Split

Comments have been open for about a month and over 2,200 entries received. In a summary article, Elaine Watson of Food Navigator provided a nice smattering of comments.

From what we can tell, from the conscious consumer perspective (as opposed to the big business perspective which is explained below), comments and general opinions in the media seem to fall into two general categories: 1) disallow the word to be used for a product label 2) define it and then enforce that definition.

For even more reading on opinions, check out a New York TImes series of op-eds on the issues.

A Brief FDA History Regarding “Natural”

Currently, the FDA allows the word “natural” on labels, and though most critics agree that the label is meaningless, the FDA actually created a loose definition of the word almost 25 years ago. The FDA’s proposed rule background will get you up to speed.

The policy reads more like a discussion of what the word could mean, but it establishes that “natural” is used to convey substances that are not manmade and nothing that is artificial or synthetic.

Also, as Jody Godoy of 360Law points out, the policy does not mention production or processing. The language is very clear, however, that the FDA does not restrict the use of the word on any grounds. In other words, they are not enforcing the label!

Why is the FDA Looking at this Now?

Probably because a debate rages about GMOs and high fructose corn syrup (HCFS) being “natural” or not.

The FDA actually thinks “yes.” In 2008, due to lobbying from some some big agricultural companies, the FDA declared HCFS “natural.” Its stance on GMOs is that they are no different from any other food.

Enter the Grocery Manufacturers Association (GMA), a mouthpiece for big agricultural companies and food manufacturers, that has lobbied hard against GMO labeling and sugary beverage taxes…among other issues.

Due to numerous citizen lawsuits against GMA members for their misuse of the word “natural,” in March of 2014, the Grocery Manufacturers association submitted a “citizen petition” asking that the FDA take a stance and define the word “natural” and within that definition unilaterally declare GMOs as natural.

Around the same time as the GMA petition the Consumer’s Union (CU) gathered their own citizen petition (which closed with over 33,000 signatures) asking the FDA to do the opposite—to completely ban the use of the word “natural.”

Read the final submission for the petition here. Consumer’s Union claims that the word is inherently confusing and deceiving (see above).

Rather and than quibble over the details, the CU petition holds the historical deception of such high importance that they believe “natural” should be banned.

Another petition that spurred the FDA into action was written by the Sugar Association asking the agency to adopt the already existing USDA’s Food Safety Inspection Service (FSIS) standards (used for meat and poultry) which state that “natural” should mean no artificial coloring or flavoring, no artificial or synthetic ingredients, and minimal processing—in other words, a very weak definition of the word.

However, there is most likely an ulterior motive here. For the last decade or so, the sugar industry has fought the corn syrup industry’s claim that HFCS is “just the same” as sugar.

The FSIS standards state that any product with HFCS must include the word “High Fructose Corn Syrup” on its label. Because the current public perception of HFCS is generally negative a ruling in the favor of the FSIS standards would be a win for the sugar industry.

So, in the matter of a few months, the FDA had the processed food industry, the sugar industry, and one of our country’s largest consumer advocacy non-profits demanding that they take action.

There is some serious economic power behind these three groups and their networks.

It’s no wonder that they moved forward.

For more insight into the FDA’s reasoning for looking into this issue and for some speculation on how this might turn out, check out Elaine Watson’s Food Navigator article.

Given the influence and reach of the GMA and these other lobbying groups, the results of the FDA ruling on the “natural” label could have a huge effect on the health of our nation.

A recent FDA ruling on the use of the word natural in the tobacco industry has set a precedent for the agency taking a stance on definition and enforcement, and it’s time it does the same for the food industry.

Navigating our food system, selecting products, and products that provide us with optimum health and vitality is hard enough without confusing and potentially deceitful labels.