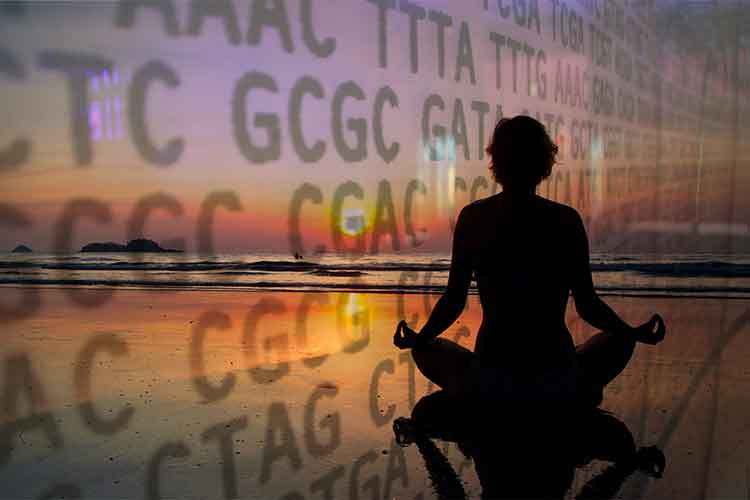 Meditation and Epigenetics: How our Minds May Shape our Genes

Much of our medical system relies on the pure reason of the scientific method — we think through the problem, analyze the options, and come up with the best solution based on logic.

It works, but some new research suggests that “not thinking” may also provide some extremely powerful healing.

Researchers collaborating from universities in Spain, Wisconsin, and France performed an experiment in which they measured biological markers in experienced meditators and non-meditators.

Their study found that after a day of meditation, experienced meditators showed fewer anti-inflammatory markers and faster stress recovery because of changes in their gene make up.

In other words, meditation allowed for the body to express genes in a different and perhaps healthier way.

Jill Sakai of University of Wisconsin-Madison News reported on this back in December and explains:

Perhaps surprisingly, the researchers say, there was no difference in the tested genes between the two groups of people at the start of the study.

The observed effects were seen only in the meditators following mindfulness practice.

The field of epigenetics (the way in which environmental factors can change gene expression) is a fascinating one that offers powerful insight into our capacity to grow and change and heal.

He explains multiple studies that show the power we have to change our gene expression, addresses some questionable assumptions in a recent publication about the “random” aspect of cancer, and encourages us to use our lifestyles as medicine.

A Powerful “ Toxic Soup TEDx Talk” That Will Sadden, Infuriate…And Give You Hope