Bourbon vs Scotch Whisky: What Makes Them So Different?

If you are a frequent consumer of alcoholic beverages, whiskey won’t be a new term for you, right?

Well, it is not a new name for non-regular consumers as well because it is one of the most popular beverages made and used in almost all parts of the world.

However, if you navigate into some deeper details, you may find a wide variety of different types of whiskeys.

The two most popular and confusing ones are Bourbon and Scotch, which many people struggle to differentiate. If you have this issue, then you’ve landed on the right page.

In this article, we present a comprehensive overview of the two spirits and focus on the major differences of bourbon vs Scotch whiskies, such as their subtypes, origin, ingredients, manufacturing process, and more.

The Differences Between Bourbon and Whiskey, Explained… 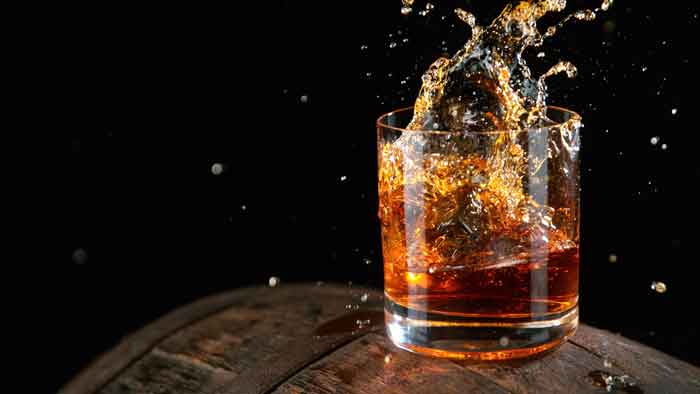 The word whiskey is derived from an Irish phrase that means “water of life.”

It is a distilled alcoholic drink made from various grain mashes and cereal grains, which are first aged in charred oak barrels to their production age and then fermented to make the drink.

The grains that are usually used for making whiskey include corn mash, wheat, barley, and rye. Also, another thing about whisky that is confusing to most is its varied spelling.

It can either be spelled whisky or whiskey and though you may think that these are totally different products, they are actually the same thing.

It is just that whiskey is the spelling used within the United States and Ireland, whereas whisky is a Canadian and Scottish spelling.

The American spelling for whiskey is most likely a result of the considerable amount of Irish immigrants setting up their stills throughout the US, according to BBC Good Food.

What is Bourbon Whiskey? 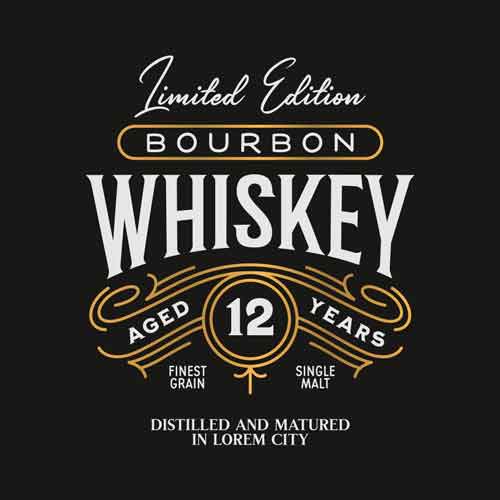 Bourbon whiskey is principally made of mashed corn. It is distilled and bottled with a minimum of 40% alcohol (80 proof) and is only manufactured in the United States.

As per the U.S. regulations it is only made of grain mash, which must be 51% corn and aged in new containers. The bourbon barrels used for the aging process must be charred prior to the start of the aging process.

There is no minimum time for the age of bourbon whiskey but the age of the product must be labeled if it is less than four years.

Bourbon whiskey is called straight bourbon if it is aged for at least two years.

Also, the only additive allowed outside of mash and yeast is water, if anything else, such as caramel or another flavoring, it cannot be classified as bourbon.

Bourbon is quite popular and is used in many cuisines to add a certain punch to meals and people drink bourbon in different cocktails and drink mixtures. It is easy to find and may be available in your local liquor store.

What is Scotch Whiskey? 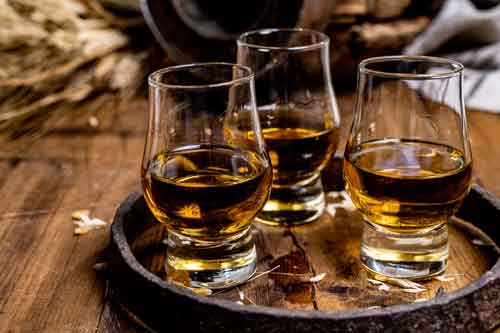 Scotch whiskey is a product of malted barley and is only produced in Scotland. It has two main types, these are single malt Scotch and single grain Scotch.

The former is made from only water and malted barley while the latter may contain whole grains from malted or unmalted cereals.

The minimum age for Scotch to be kept in oak containers is 3 years, any less and it cannot be classified as Scotch whiskey.

After it is ready, the whiskey is distilled and bottled with 40% alcohol (80 proof). The only additives allowed are water, yeast, and caramel for color.

Similar to other whiskies, Scotch can be had straight or blended with other beverages to make cocktails.

It too can also be found in your local grocery store in a variety of brands.

The Difference between Bourbon and Scotch Whiskey

Although both are types of whiskeys and they have some similarities, bourbon and Scotch are still quite different from each other. Below we have pointed out the key differences between the two.

The first difference between the two lies in their respective ingredients.

Bourbon whiskey is strictly manufactured from a grain mixture of at least 51 percent corn and 49 percent mix of malted barley, rye, and wheat.

However, Scotch whisky has malted barley as its primary ingredient along with water and yeast as additives.

Bourbon manufacturing is not allowed to include any additives except for yeast and water but Scotch producers can include caramel color as well.

Once you hear the term single malts, it means that only barley can be used or was used.

Furthermore, there is no minimum age for manufacturing bourbon but Scotch can only be prepared after being kept for at least three years in an oak container.

The Scotch whiskey, based on the grains used, can be of different types.

Owing to the long age of Scotch, it hits the shelves after 12-25 years inside barrels, whereas bourbon is usually made during every summer season.

As it evaporates at a faster rate, bourbon isn’t kept in barrels for long because it affects its yield and consequently the price.

When you look at a Scotch bottle, it should specify the number of years it was aged.

Lastly, the distillation method between the types varies. For example, Scotch whisky is distilled depending on the category.

Therefore, single malts are double-distilled in pot stills and grain whiskies are distilled in a column still.

The origin of both bourbon and Scotch is one other difference between the two whiskies. Scotch is referred to as the whiskey made in Scotland only.

While bourbon whiskey is the one prepared in the U.S.A and Kentucky, in general.

The name of the two whiskeys also come from their area of origin. For instance, Scotch comes from Scotland and bourbon comes from Bourbon County, Kentucky.

There is no major difference between the nutritional values of the two whiskeys.

A standard 1.5 ounce of Bourbon and Scotch whiskey contains 97 calories and 14 grams of alcohol with zero protein, fat, carbohydrates, and sugar.

It would seem that although they are produced from different grains, the two have similar nutritional content.

Bourbon draws its oaky, vanilla-like notes from the charred surface of the barrels it ages in, whilst Scotch gets its smoke peaty flavor from peat burned during the malting process.

Keep in mind, however, that not all Scotches are peaty (given by the peat smoke during the production process and in the barley malting process).

Only two of Scotland’s five whisky-producing regions are noted for their peatiness. Additionally, as it relates to taste, bourbons typically have a sweeter taste than Scotch whiskies.

When Bourbon is put into oak casks for maturing in new charred oak barrels, it must be distilled to no more than 80 percent alcohol (160 proof) and no more than 62.5 percent.

Scotch, on the other hand, must have a lower alcohol by volume (ABV) than bourbon and must be matured in used oak barrels, including those that formerly held Sherry, beer, and, yes, bourbon.

Popular Cocktails made with Bourbon or Scotch

For many, it is the norm to have whiskey straight or neat, which is by itself.

Though it can be an acquired taste, to enjoy a good Scotch or bourbon, the experts recommended drinking whiskey straight or neat, at least for the first to get a better idea of its flavor profile and aroma.

Using the various whiskey types, you can enjoy several cocktails, such as:

Bourbon and Scotch are two of the most popular types of whiskeys known to the world.

The major difference lies in the aging of the grains used for preparing the two.

Despite having been prepared from different ingredients, the two have a similar nutritional value.

Thus, you can consume whatever you like and enjoy.