Tonic Water vs. Club Soda: Differences Between the Beverages

As people become aware of the importance of looking after their health, they begin to make changes in their lifestyle.

One of the first things people aim to change is their diet.

This diet change is not only limited to what they eat, it also includes what we drink.

Many people are used to drinking carbonated drinks that are packed full of calories and added sugars. For many people, these carbonated beverages are the most difficult to give up.

Fortunately, you can find a healthy alternative for that sugary sweet soft drink with carbonated waters like tonic water, club soda, seltzer, and sparkling mineral water.

As there are so many options it can be hard to tell the difference between club soda and tonic water or tonic water and seltzer water.

Nothing to worry about, however, because we will break down the difference between these carbonated drinks.

The Difference Between Club Soda, Seltzer, and Tonic Water 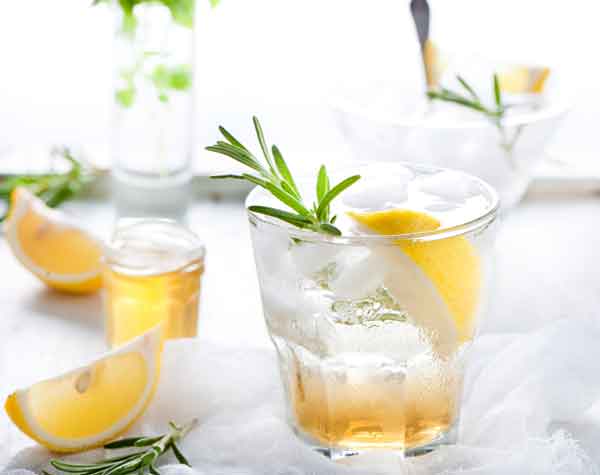 A carbonated beverage is any drink that has added carbon dioxide gas.

Of course with the rise of a product comes increasing confusion between different versions of the product.

In this case, you can find various forms of carbonated water such as sparkling mineral water, club soda, seltzer, and tonic water.

Starting off our list of carbonated water is tonic water. This option is the one with the most interesting and unique taste compared to the other choices.

This is artificially carbonated water, and it gets its taste from the ingredients added to it.

This water has added minerals such as copper, zinc, magnesium, and sodium as well as a substance known as quinine.

This substance comes from the bark of cinchona trees native to Peru. This is the substance that makes water taste bitter.

There are many health benefits of tonic water. Tonic water was traditionally used to treat malaria.

This is because of the quinine content in the water, quinine is the active ingredient used to fight malaria.

However, in today’s tonic water brands there is a smaller quantity of quinine which is certified by the Federal Drug Administration (FDA).

Some people choose to drink tonic water to reduce their stress.

The bitter taste of tonic water can be reduced through the use of high fructose corn syrup.

This gives the water a bitter and sweet taste.

The use of high fructose corn syrup makes this carbonated drink an unhealthy option.

Some people use tonic water in their alcoholic drinks.

One of the most popular uses of this water with its bitter taste is as a mixer to create the gin and tonic drink.

When it comes to the nutritional content of tonic water there are many things to consider.

For a 366 gram serving, there are 114 calories, 0 grams of proteins, 0 fibers, 40 milligrams of sodium bicarbonate, 0 grams of fat, and 30 grams of carbohydrates.

One thing to remember is that tonic water has a high sugar content of 31 grams.

When it comes to carbonated water the two carbonated drinks that are usually compared are tonic water vs club soda.

Club soda is carbonated water because it has added carbonation through the injection of carbon dioxide to transform it into a carbonated drink.

Among these minerals, the most common natural minerals are sodium bicarbonate, potassium sulfate, disodium phosphate, sodium citrate, and sodium chloride.

It is these minerals that give the water a slightly salty taste specifically the mineral salts such as disodium phosphate and sodium chloride.

There are many uses of club-soda.

The main use of this drink is as a cocktail mixer.

In fact, club-soda can easily be used to replace seltzer water in many cocktails as both seltzer water and club soda are cocktail mixers.

When it comes to making cocktails there is a long list of drinks one can make such as Gin Rickey, White Wine Spritzer, Aperol Spritz, Mojito, and Tom Collins.

Besides its great taste, and its use as a great mixer there is many other uses of club soda.

Club-soda can be used to water your house plants due to the added compounds in the water.

The micronutrients in the club soda like potassium sulfate. and phosphorus is great for the growth of plants.

Club soda can also be used to loosen rust on nuts and bolts.

If you are short on WD-40 and need a quick fix for your rusty nuts and bolts then club soda can be used.

You can soak them in club soda for a short amount of time.

The carbon dioxide present in club soda helps break down the rust.

Club soda can be used in the removal of wine stains from clothing. One of the most troublesome issues you can face is dropping red wine on white clothes.

Club soda is a great way to remove the stain. It works best on a fresh stain, generally cover the stain with club soda and dab away (never rub).

The acidity in club soda is what helps to remove the stain.

Club-soda can also be used to give your jewelry a shine.

If you feel your gems have started to lose their sparkle you can use club soda to clean them. Take your jewelry and submerge it in club soda overnight.

Finally, club soda can be used to clean pet urine and vomit.

Club soda not only ensures that the mess is cleaned but also removes the smell.

Once you have cleaned the majority of the urine or vomit soak the area with club soda and rub the stain away.

Which Is Healthier: Tonic Or Club Soda?

There are a number of factors through which you can compare club soda vs tonic water.

The nutritional value of club soda vs tonic water can be broken down into fats, sugars, carbohydrates, and proteins.

The biggest difference is that tonic water contains 120 calories and 31 grams of sugar.

Taking the sugar and calorie content into account it is easy to see that club-soda is the healthier option.

The sugar in tonic water is used to flavor the water and to counter the bitter flavor that comes from the addition of minerals.

Can You Substitute Club Soda For Tonic Water?

While both soda and tonic water can be used in alcoholic beverages they are not interchangeable due to the unique flavor of tonic water.

The change in flavor causes cocktails to have different tastes when soda is replaced with tonic water.

There are certain beverages that use tonic water specifically for their flavor.

Soda while a bit salty is not comparable in flavor to tonic water which has a sweet flavor and is, therefore, more commonly used in cocktails.

While the nutritional value and flavor of club-soda and tonic water differ significantly, their carbonation does not.

Both of these beverages have a similar carbonation level.

The main reason they can not be used interchangeably in alcoholic beverages is due to the different flavor profiles.

Other Types of Carbonated Water

Similar to club soda seltzer water is a drink that has carbon dioxide added. Seltzer originated in Germany before reaching global popularity.

The area where it originates was historically renowned for its natural springs.

When it comes to comparing club soda vs seltzer you will find that you can easily use these two beverages interchangeably.

Seltzer is closer to plain water in taste as it usually lacks additional minerals.

You can however buy a seltzer that has a taste this is usually citrus flavor. The main use of seltzer is as a cocktail mixer.

There is a long list of alcoholic beverages that use seltzer.

This list is similar to the one used for club-soda i.e. Gin Rickey, White Wine Spritzer, Aperol Spritz, Mojito, and Tom Collins The reason this is possible is you can use either club soda or seltzer when making these beverages.

The nutritional value of seltzer is similar to other carbonated waters except for tonic water. This drink contains little to no minerals.

It has no calories, no sugar, no fats, no proteins, and no carbohydrates. The carbonation level is similar to sparkling water, and tonic water.

This water arises from a natural spring which gives it a clean taste.

Sparkling water is an upgraded version of plain water.

The reason sparkling water can also be called mineral water is due to the natural minerals present in it.

Sparkling water contains a variety of minerals such as magnesium, calcium, and sodium.

Certain regions have higher values of calcium while others will have higher levels of magnesium.

There are rules set out by the FDA to ensure that the only water that is labeled as mineral water is water that has a minimum of 250 parts per million (ppm) of dissolved solids this is inclusive of all trace elements and minerals.

With the differing mineral contents, no two bottles of sparkling water will taste the exact same. Giving a different taste to each bottle.

The nutritional value of sparkling water is similar to other forms of these beverages. It does not contain any fats, proteins, sugar, carbohydrates, or calories.

There are differences and similarities between club-soda and tonic water. Both are free of carbs, fats, and proteins. Tonic water, however, contains sugars and calories.

Club-soda can be used in cocktails and a large number of beverages while tonic can not. Both are good replacements for sugary beverages.