If you are a fan of a little known know as the Vampire Diaries or the spin-off The Originals, then you have heard the word Vervain tossed around quite regularly.

When watching a show about mythical creatures, you don’t usually expect things in the show to exist in reality.

As it turns out, however, the vervain plant exists in reality.

Not only does it exist, but it also has multiple names and uses.

In fact, Vervain has a rich history attached to it and has been widely used for a long time.

So, if you are curious about all things Vervain, whether that be the plant uses, benefits, or side effects, we have all the answers for you here.

Verbena Lasiostachys – All You Need to Know 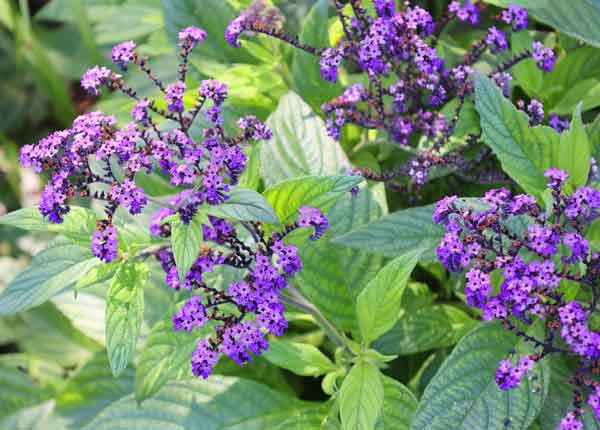 Verbena Officinalis is a flowering plant.

It is known by many different names depending on the region, and these names include simpler’s joy, American blue vervain, holy herb, common verbena, wild hyssop, and mosquito plant.

What Plant Family Does Verbena Officinalis Belong To?

Vervain belongs to the family Verbenaceae.

The Vervain plant is a herbaceous plant with simple dense leaves. The flowers on the vervain plant are usually small and five in numbers.

Vervain flowers can be blue (hence the name blue Vervain); they can be purple flowers, white flowers, and even pink flowers.

An interesting fact about Vervain is that it does not have any fragrance.

There are over 150 species that belong to the same plant family (the verbena family), both perennial and annual.

The vast majority of this species can be found in Asia and North America; there are, however, a few species that originate from Southern Europe—making Vervain widely available around the world.

It is important to distinguish between V Officinalis and lemon verbena as these are two different plants rather than different names for the same plant.

Lemon verbena is more commonly found in Northern Africa, Europe, and Iran, and while it is also used in traditional medicine, its properties differ from swamp verbena (Vervain).

What Is A Perennial plant?

When we think of a plant cycle, we think of it growing and dying within one year, i.e., an annual cycle.

A perennial cycle is one that lasts for longer than two years, so plants that last this time are known as perennial plants.

Plants like V Officinalis blossom during the spring and summer seasons and then die during the colder seasons of early fall and winter.

However, they regrow the following spring-summer season because of their rootstock.

This gives Vervain a greater lifespan when compared to other flowers.

The History Of Vervain

Vervain has a long history – beyond what it’s used in Vampire Diaries (although very useful) – that is incredibly rich.

The origins of Vervain and its use can be traced as far back as the 18th Century in a book called Sauer’s Herbal Cure.

Vervain has long been used in herbal medicine due to its ability to treat numerous health conditions.

It has also been used for ceremonies as well as in superstitions. It even has been named to show these beliefs, such as the herb of the cross or the herb of love.

For many civilizations, Vervain was a sacred plant that held great importance in their lives and rituals. In ancient Egypt, V. Officinalis was a holy plant that came into existence from the tears of the Goddess Iris.

During the ancient times of the Romans, verbena vervain was a sacred herb that was placed on the altar of the God Jupiter.

The Romans believed that the verbena herb helped them wage and won wars against their enemies. During the era of Christ, Vervain was used for its medicinal purposes and is believed to have been used to treat the wounds of Jesus.

In ancient Ireland, the druids believed that common Vervain held supernatural abilities. While in Scandanavia, this her was used in rituals when worshipping the God of thunder Thor.

In older times, greek doctors supported the traditional use of the verbena herb to treat health conditions such as the plague and fever.

While in Native American tribes and in Aztec times, the verbena herb was used for medical conditions like circulatory problems, insomnia, and headaches.

In German folk medicine, the verbena herb was regularly used as a form of protection and as an aphrodisiac.

It was believed to treat any medical condition of the lungs or abdomen.

What Are The Benefits of Vervain?

Vervain comes in many forms, from white Vervain to blue Vervain; the purported benefits of narrow-leaved Vervain are due to the beneficial compounds in the plant.

It is the interactions between these active constituents and the body that lead to the many medicinal effects of Vervain on the body, such as its anti-inflammatory ability.

There is scientific evidence provided by animal studies that Vervain can be used to benefit the health of those that suffer from anxiety of convulsions.

Vervain has long been used to treat issues such as anxiety and convulsions.

It has been shown to have similar medicinal abilities to anti-anxiety drugs like diazepam.

This comes from the medicinal properties of tannins and flavonoids in Vervain.

There has also been researching that shows the benefits of using Vervain as a treatment for diseases such as epilepsy and other neurological conditions that cause convulsions.

This traditional treatment is possible due to verbena present in Vervain.

Vervain has also been beneficial in improving the health of those combating cancer.

The triterpenoids, essential oils, and glycosides are used for the treatment of cancer by inhibiting tumor growth and causing cancer cell death.

It is the two verbenosides A and B along with citral that have anti-tumor and anti-cancer properties.

In research conducted on mice, large doses of Vervain have been shown to inhibit tumor cell growth, thereby improving their overall health.

Our body has to deal with multiple infections over time, from urinary tract infections to infections caused by staphylococcus aureus.

The treatment for these infections is through the use of antibiotics; unfortunately, due to their overuse and misuse, people are becoming resistant to their effects.

There is hope; however, according to research, Vervain shows the ability to combat these infections and improve your health.

Tests have been conducted into the effect of Vervain and its effect on various microorganisms such as bacteria and fungi.

These tests have shown promising results that can prove useful further down the line in terms of medical care.

4) Reduction Of Inflammation and Pain

Inflammation is a painful, red swelling that occurs due to our immune system fighting against an unknown substance in your system.

There has been research done regarding the effect of a vervain supplement- in oral or topical form- on inflammation.

The results have been promising in both regards. Vervain has been shown to reduce inflammation and pain.

It is an effective anti-inflammatory herbal medicine.

Using Vervain can be a natural way to combat the effects of inflammation rather than taking medication that can cause side various side effects in the body.

This is why it is important to control diarrhea as soon as possible.

Studies conducted on Vervain and its effect on diarrhea show promise. It has been shown to reduce not only the frequency of diarrhea but also minimize the volume of water stool being excreted.

The addition of this benefit is simply for informational purposes rather than any clear-cut indication that it is effective.

While Vervain was traditionally believed to treat kidney stones, there is no concrete research to support this claim in current times.

For this reason, this benefit of Vervain is very last on our list. While it does have anecdotal support of being effective and centuries-long history, there is no scientific research that proves this to be true.

At the very most, Vervain has a diuretic-like effect that causes the kidneys to increase the amount of urine it creates and excretes.

How Is Vervain Used?

The main use of Vervain is in homeopathic medicine.

It has long been part of ancient cultures that use it to treat ailments such as headaches, fevers, inflammations, and infections.

Vervain tea is another use of this plant. Although due to its bitter taste, vervain tea is not for everyone’s palate.

Additionally, drinking vervain tea with your meals can lead to a decrease in the absorption of iron in your digestive tract. So, perhaps not everyone’s cup of tea.

Traditionally Vervain has also been used to increase the production of breast milk in lactating mothers. However, this is not a use that can be proven through scientific research.

The flowers of this plant can be used in alcoholic beverages and as a garnish for meals.

What Are The Side Effects of Vervain?

Nothing is completely free of side, and Vervain is not different.

It can have side effects due to interactions with pharmaceutical drugs or because of someone reacting to the Vervain itself.

While Vervain has been declared as GRAS (Generally Recognised As Safe) by the Federal Drug Administration (FDA), it is important to be aware of its side effects.

Vervain is not recommended during pregnancy due to its effect on the fetus.

It can cause malformation and reduce fetal weight gain. It is also best to avoid its use during breastfeeding to prevent harm to their baby.

Possible interactions of Vervain with a drug for hormone therapy or blood thinning can cause harmful side effects.

You should always consult your healthcare provider before beginning a new supplement like Vervain.

Vervain is a powerful herb that has been around for centuries. It has been widely popular due to its numerous health benefits.

However, it is not free of side effects and should be used with caution and after consulting your doctor.