Is a Lack of Food the Real Global Problem? 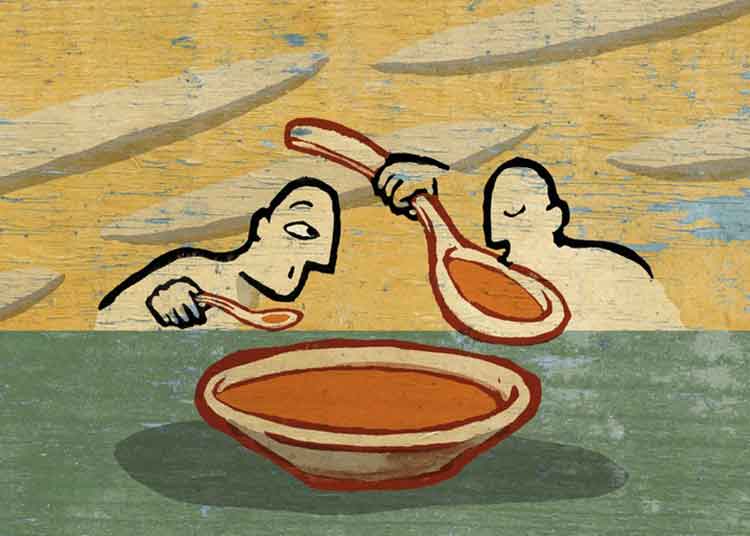 Wellness Warrior’s food waste article in the Huffington Post joins a chorus of experts who question the idea that we need to increase food production in order to “feed 9 billion by 2050.”

Ellen Gustafson, in her book ’We the Eaters,’ suggests that the industrialized food system is poorly designed to sustain us until 2050 and that the real question should be “how can we have 9 billion people feedthemselveswell by 2050.”

Dr. Jonathan Lantham in his recent essay on Independent Science News calls the problem of feeding 9 billion the Golden Fact  and claims it’s a farce—a tactic of big agribusiness that creates profits for a small few while exacerbating environmental, economic, and human health problems…along with a slew of other perilous consequences:

Even some establishment institutions will occasionally admit that the food shortage concept—now and in any reasonably conceivable future—is bankrupt.

According to experts consulted by the World Bank Institute, there is already sufficient food production for 14 billion people—more food than will ever be needed.”

This is not to say that people aren’t hungry. Almost 1/7 of our global population is undernourished and over ¼ is micronutrient deficient.

The problem, as Latham explains, is not one of abundance but access. In fact, he argues that the problem is essentially overabundance.

There is no global or regional shortage of food.

There never has been and nor is there ever likely to be. India has a super abundance of food.

In Britain, like in many wealthy countries, nearly half of all row crop food production now goes to biofuels, which at the bottom are an attempt to dispose of surplus agricultural products.

China isn’t quite swamped but it still exports food (see Fig 1.), and it grows 30% of the world’s cotton.”

Few, if any, people in the world want to see people go hungry.

Certainly, the world would be a more secure place if everyone now and in the future had food to eat.

Whether it is driven by malicious intent, or altruism, solving this “problem” via industrialized food needs some serious examination.

Lantham discusses the marketing and thought paradigm of the food industry and how those of us who are working towards a sustainable food system could move things in a different direction:

But what industry understands, and the food movement does not, is that what prevents total rejection of bland, industrialized, pesticide-laden, GMO food is the standard acceptance, especially in Western countries, of the overarching agribusiness argument that such food is necessary. . . .

But, if the food movement could show that famine is an empty threat then it would also have shown, by clear implication, that the chemical health risks and the ecological devastation that these technologies represent are what is unnecessary.”

Lantham lays into large agribusiness claiming that their corporate dominance has created a pseudo-global dictatorship that rules food with an iron grip.

He frames the debate over this “Golden Fact” as a “war” for our national and individual sovereignty. His is a very compelling and well-thought-out manifesto with a clear message for the food movement: “Let’s shift the world away from the culture of fear of famine that drives the industrial food system.”

Thus the necessary shift in perception is to see that, as in most wars, the crucial struggle in the food war is the one inside people’s heads. And that the great food war will be won by the side that understands that and uses it best.

This food war can be won by either side. The natural advantages of the grassroots in this realm are many.

They include the power of the internet—which represents a historic opportunity to connect with others; second, that it takes a lot less effort to assert the truth than it does to build a lie-—many people only need to hear the truth once; and thirdly, that in this particular battle the non-profit public-interest side doesn’t necessarily need a bigger megaphone because, unlike the industry, they are (broadly) trusted by the public.”

While Lantham’s essay is most certainly inflammatory, we feel the flames of revolution have to be fanned.

Only then will this “war” be real so it can be “fought” with truth and fact, understanding and compassion, education, and personal action.

Feeding the world well will take every single one of us engaging with our food systems with more clarity about what is really happening and taking actions at the personal, community, state, national, and global level to drive change.

Let’s keep our eyes, our eyes minds, and our mouths open.