Are Antibiotics in Meat on the Decline? 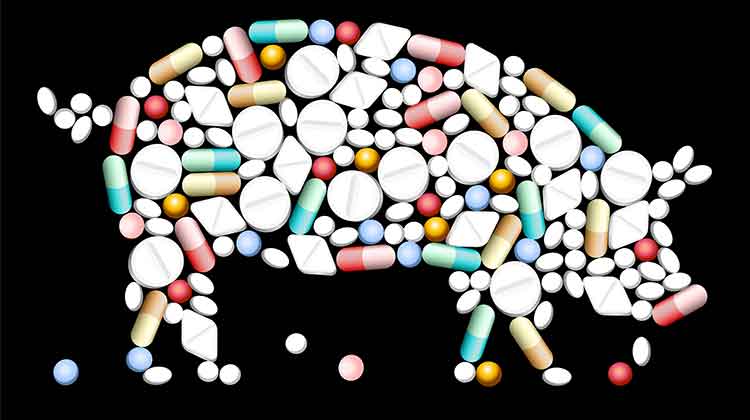 It has been a mixed week of gains and setbacks in the meat industry for getting a handle on the issue of antibiotics in livestock even after writing the Relief Factor review on the same day.

It seems that public awareness of the dangers of pre-emptive antibiotics in livestock is growing, and it may just be a matter of time before policies change for the better.

In an attempt at a policy change for the better, the California Assembly approved SB 835, a bill that would limit the use of antibiotics.

However, as Jonathan Kaplan of NRDC explains, the bill, in reality, will not be effective, which is why NRDC and others are opposing it:

…SB 835 would prohibit drug manufacturers from selling antibiotics for “growth promotion” uses, but would allow the very same drugs to be used routinely to help animals survive unhealthy living conditions. It’s a gigantic loophole that we fear will do little to change actual drug use.”

But where the California legislature may be falling flat on providing adequate protection, Big Food companies may actually be taking the progressive and environmentally responsible stance. Weird, we know! Joe Rubin of Public Radio International explains that customer awareness and informed shopping decisions are  driving these companies to change their antibiotics policies:

Perdue Vice President Bruce Stewart-Brown says part of the reason his company has embraced antibiotic-free is because of what they’re hearing from their customers on social media.

“They do not trust, or have some concern about why companies would use them, especially inappropriately…” Stewart-Brown says.

And this is a trend we are seeing around the world. Germany recently reported a 10% drop in the use of antibiotics for livestock and pets in the last year. A short blurb on The Pig Site explains that farmer associations are working to move things in the right direction:

Reacting to the data, a German Farmers’ Association (DBV) spokesperson said: “Agriculture is taking the problem of resistant bacteria in livestock seriously and is aware of its responsibility. Consumers are also aware of the dangers.”

As Wellness Warriors, we just need to keep on putting this kind of awareness into action. If you are interested in making your voice heard, then consider heading over to the Food Policy Action petition telling Congress to pass the Preventing Antibiotic Resistance Act of 2013 and the Preservation of Antibiotics for Medical Treatment Act of 2013.