Cancer Research: Red Meat and The Luck of the Draw for Male Enhancements 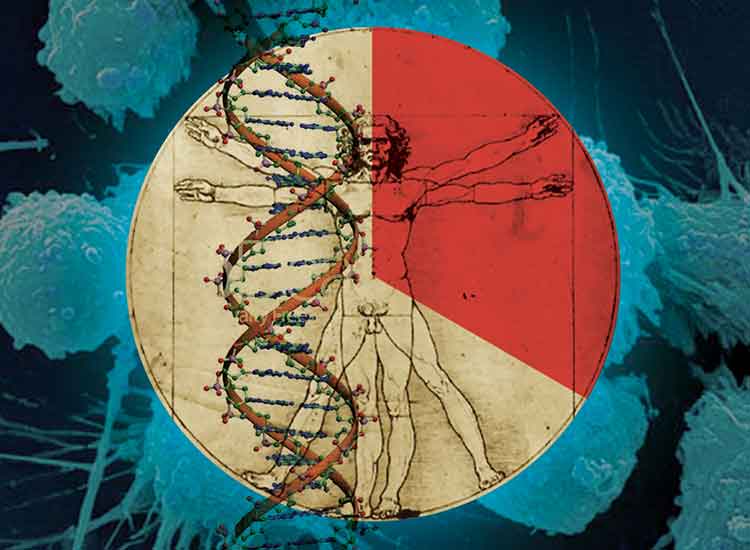 Cancer continues to rank as the second leading cause of death in the U.S. (heart disease is still ahead), so researchers forge on regarding both cures and prevention.

Also, check out VigRX Plus review to learn more about that.

It is pretty clear that lifestyles incorporating preventative measures—eating a healthy diet, exercising, reducing stress, etc.—can help reduce risk (and, obviously, provide us with a number of other health benefits)—yet recent research might suggest that incidences of cancer may strike more randomly than we originally thought.

First, though, let’s tackle what we might be able to do to prevent cancer. Researchers out of UC San Diego have come closer to identifying the biochemical mechanism behind the link between red meat (beef, lamb, bison, and pork) and cancer.

The glycan, essentially a sugar molecule Neu5Gc, does not naturally occur in the human body but is very prevalent in red meat and some dairy products (and caviar, apparently).

The researchers found that inflammation response and carcinoma significantly increased when Neu5Gc was introduced to mice who were deficient in the glycan.

Bradley J. Fikes of UT San Diego reports that Dr. Ajit Varki, the study’s lead researcher, does not think that Neu5Gc is the root cause of cancer/red meat connection, but it may very well be a catalyst:

Varki said Neu5Gc plays the role of “gasoline on the fire” — it boosts the cancer risk, but doesn’t seem to be the ultimate cause of the disease.”

Based on Varki’s research, we might assume that abstaining from red meat consumption would reduce our cancer risk, but other recent research suggests something different.

In a study that seeks to shift the paradigm of cancer research, scientists from John’s Hopkins University found that almost ⅔ of all cancers are caused by “bad luck.”

That’s the actual term that they used, but, of course, the research is more nuanced than that.

The key concept of their work is the random way in which mutations happen when cells regenerate.

Doctors Cristian Tomasetti and Bert Vogelstein looked into the normal rate at which different types of tissue regenerate and compared it to the likelihood of getting cancer in that tissue.

They found that the more quickly stem cells regenerate, the more prone that tissue type is to cancer. Here’s their explanation:

Some tissue types give rise to human cancers millions of times more often than other tissue types. Although this has been recognized for more than a century, it has never been explained. Here, we show that the lifetime risk of cancers of many different types is strongly correlated (0.81) with the total number of divisions of the normal self-renewing cells maintaining that tissue’s homeostasis.

These results suggest that only a third of the variation in cancer risk among tissues is attributable to environmental factors or inherited predispositions.

The majority is due to “bad luck,” that is, random mutations arising during DNA replication in normal, noncancerous stem cells. This is important not only for understanding the disease but also for designing strategies to limit the mortality it causes.”

Given this information, it might be easy to throw our hands up in the air and caution to the wind regarding trying to control our health.

But wait: researchers also found that 35% of cancers are caused by hereditary and environmental factors.

Denise Grady of the New York Times spoke with Dr. Tomasetti who posited that the research might elicit two types of reactions:

There are those who would like to control every single thing happening in their lives, and for those, this may be very scary,” he said. “‘There is a big component of cancer I can just do nothing about.’

“For the other part of the population, it’s actually good news. ‘I’m happy. I can of course do all I know that’s important to not increase my risk of cancer, like a good diet, exercise, avoiding smoking, but on the other side, I don’t want to stress out about every single thing or every action I take in my life, or everything I touch or eat.’ ”

We’d like to think that we could embrace both of those feelings.

It can be scary to face our mortality, but at some point, we all will do just that, and stressing about it every step of the way may only work to bring that point closer.

While our bodies may throw us curveballs, we can still work to be as healthy as we can and reap the resulting rewards of wellness.