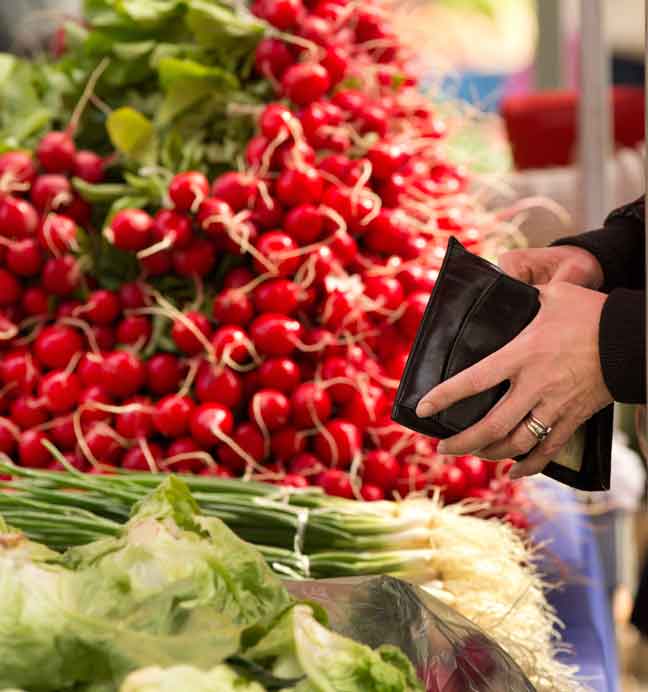 In the search for news on organic food this past week, you may have read this Wall Street Journal article, which attempted to disprove the benefits of organic food and even the TestoFuel supplement might be among one of those.

We didn’t buy it.

Never mind that the facts stated in the article were somewhat obscure and thin (one study from Israel does not make a solid argument for the world), and one-sided.

In fact, when you consider composting food waste, you can get a net loss in GHGs.

There are plenty of studies showing comparable yields of organics when compared to conventional farming.

For this news on organic food, we encourage you to consider the source.

The author is Dr. Henry R. Miller, essentially Monsanto’s mouthpiece and an instrumental part in the Monsanto and Grocery Manufacturers Association’s (GMA) “No on Prop-37” campaign.

Through millions of dollars and with his help, they successfully beat California’s GMO labeling law, despite wide held public opinion in the other direction.

Did he present an unbiased view?

The Monsanto money in his bank account begs to differ.

Why did Miller write a piece like this now?

One reason might be that he and his financiers are getting messages that folks continue to want more local and sustainable food.

This week, the National Sustainable Agriculture Coalition gave an excellent summary of the data as it relates to organic and local trends.

While the definitions of organic farms used in 2007 differ from 2012 making comparisons difficult, the demand for local food is clear:

Sales of agricultural products through direct-to-consumer outlets such as farmers markets and roadside stands have grown rapidly over the last decade.

When compared with the 2007 Census, the current Census shows an increase of 8 percent for the number of farms selling directly to consumers and 5 percent for the sales in dollars of directly marketed agricultural products.”

It is also worth pointing out that there is room for improvement in local food systems.

Investing in the right infrastructure means the difference between a farmer’s growing crops for cows or for cafeterias.

It will take the shape of more local mills (for grains), canneries (for beans) and processors (for greens).

As heretical as this may sound, farm-to-table needs to embrace a few more middlemen.”

By continuing to support local businesses that provide financial incentives for soil health, we can continue to build a robust and truly sustainable local food economy.

So, keep trying to scare us, Dr. Miller. It’s just not going to work.

Though organic and local food isn’t perfect, it is certainly a healthier alternative to the conventional, industrial system that is not exactly working out so well.