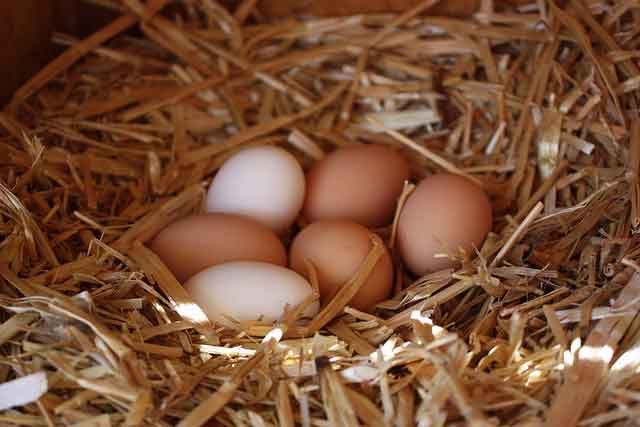 As avian flu and questionable farming practices plague our nation’s poultry industry, the best recourse may be to simply support your local farmer.

I’ve also reasoned that PhenQ fat burner might be guilty of that as well.

Recently Ryan Gosling, who is typically known for saving the human race from a lack of sex appeal,  came to the rescue of another species—chickens.

The actor wrote a letter to Costco demanding that they use cage-free eggs, and stop falsely advertising with images of free-roaming chickens on their egg cartons.

His letter was a response to an undercover investigation (warning: this video show images of animal abuse) carried out by the Humane Society showing the horrid conditions of a major Costco egg supplier’s operation.

Gosling wasn’t the only letter writer for this cause.

Connecticut Senator Richard Blumenthal also penned a plea, and it is likely that almost 100,000 people have jumped on board via online petitions.

The Human Society recently filed legal complaints with the FDA and FTC on the grounds of deceitful practices, but that is hardly the end of the egg news that has scrambled through our country of late.

If Costco ends up “going cage-free,” it will join a growing list of major national retailers who are committing to sourcing eggs from operations that don’t employ the battery cages and tightly packed conditions on which the poultry industry has come to rely.

And while market forces of consumer and retailer demand are putting the screws on this industry, they are also receiving pressure from a much smaller vector—avian flu.

News reports for the past several months have charted the spread of this disease, which is now practiced all over the United States.

Back in May some of us may have started to notice that egg prices were on the rise, due to a short supply—when a farmer detects the flu, the whole flock must be killed, dramatically reducing production.

To combat inflation, the USDA recently announced that we would start importing eggs from the Netherlands.

For those of us concerned with the environmental impact of our food, the costs of shipping those eggs an extra 4,000+ miles should raise a red flag.

Wenonah Hauter, Executive Director of Food & Water Watch knits together this recent egg narrative nicely in a Food Tank article, explaining how the way we produce the vast majority of eggs in our country is backfiring:

It’s pretty ironic when you think about it—industrial egg farming, a system designed, at least in theory, to bolster our nation’s egg supply has actually undermined it to such a degree that we’re now forced to import eggs from another continent.

It’s also yet another symptom of a broken food system.

The federal and local governments need to end policies that have allowed factory farms to proliferate, and they must create and enforce policies that allow food to be produced in a way that enables farmers to make a living without harming communities, the environment, or public health.”

If Ryan Gosling’s plea for animal rights doesn’t make you question the places from which we buy our eggs, and Hauter’s explanation of the irony (and environmental impact) of factory egg production doesn’t give you pause, then consider the poultry farmer.

Made famous most recently by John Oliver’s Last Week Tonight brilliant piece, the cycle of debt promulgated by farmer contracts with vertically integrated poultry operations like Perdue and Tyson are without a doubt problematic.

As Oliver explains, under these contracts, farmers own all the debt (the chicken houses, the feed, the medicines, etc..) and the poultry companies own the birds—the actual “product” that makes a profit.

It is a deal that does nothing to protect the farmer, and provisions in our federal agricultural laws allow this to happen.

Interestingly, Oliver’s piece, with its over 3.2 million views, was slated to make a difference at the federal level and perhaps it did.

The most recent House vote on the Agricultural Appropriations bill did not include the “GIPSA Rider” that essentially gives big businesses the right to silence poultry farmers.

Some consider this a “win” or at least a step in the right direction.

As awareness of the complications of eating eggs continues to rise in our country, we hope to see more changes in a positive and healthy direction.

In the meantime, how can you avoid propagating a system that is cruel to animals, perpetuates disease, raises prices, pollutes the environment, and exploits farmers? Buy local Eggs! Preferably organic and pasture-raised.

While it is not a panacea for all egg problems, local producers, are able to take better care of their smaller flocks.

Plus you have the added benefit of supporting your local economy and hearing directly from the farmer about their practices.

The monetary price is certainly higher, considering the costs described above of the industrial egg system, it is something that is well worth paying if you have the means to do so.