Krill Oil vs Fish Oil: Nutritional Benefits, How They Compare?

Krill oil and fish oil are some of the popular dietary supplements on the market.

These are rich in omega-3 fatty acids that offer many health benefits.

But, which is healthier between these two?

In this article, we will have an overview of these supplements, what their health benefits are, and which of these two can provide better effects on blood levels.

To start, we should first learn about what omega-3 fatty acids are.

These healthy fats are composed of polyunsaturated fatty acids and are divided into three groups namely alpha-linolenic acid (ALA), docosahexaenoic acid (DHA), and eicosapentaenoic acid (EPA).

The alpha-linolenic acid is sourced from vegetable oils, nuts, and seeds, while the docosahexaenoic acid and eicosapentaenoic acid are found in fatty fish.

For human consumption, like fish oil, krill or these tiny crustaceans contains healthy fatty acids including the following:

When sourcing krill oil, the process should be sustainable to not damage the ocean ecosystem.

Fish oils, on the other hand, are very popular dietary supplements for individuals who want to improve their heart health.

The body does not produce omega-3 fatty acids.

This is why fish oil supplements are considered helpful in lowering triglyceride levels.

Compared to krill oil, fish oil is sourced from fatty fish or oily fish. Some of these sources are the following:

Having said these, it is also important to share that fish oil can be acquired both through diet and supplements.

Unlike krill oil, you can only get the health benefits it provides through supplements alone. 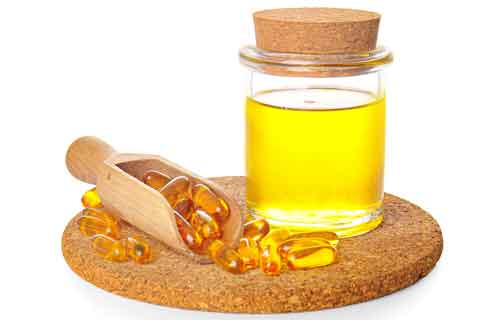 Knowing that these two are sourced from healthy fatty acids, do they provide the same benefits?

According to a study from Germany, identifying which between these two is healthier and more effective depends on how the body uses them.

In this section, we will discuss the beneficial effects of these supplements on blood levels and which of these can provide better.

Although krill and fish oil contain both EPA and DHA, in terms of their antioxidant effects, krill oil is found to provide better.

This compound is not usually found in most fish oil supplements.

Research suggests that, aside from adding pigment to supplements, the astaxanthin content of krill oil can also support cardiovascular health.

Additionally, based on the above research by wellness professionals, krill oil works by preventing inflammation in the heart.

Nonetheless, there are some speculations that the dose of krill oil has an impact on these benefits.

More research is required to prove this theory.

Both krill oil and fish oil supplements can support heart health. Does this mean they provide the same benefits?

The answer is no. According to one of the scientific references from Canada, krill oil can offer greater health benefits to heart health compared to fish oil.

In the same study, it was found that both can regulate blood pressure, but krill oil was more effective than fish oil in reducing triglyceride levels, blood sugar, and bad cholesterol (also known as LDL cholesterol or low-density lipoprotein cholesterol), and increasing good (HDL) cholesterol.

Additionally, according to a study from the Journal of Nutritional Science, long-term consumption of krill oil can help regulate blood lipid levels.

When blood lipid levels are regulated, heart disease can be prevented.

Since this information is only based on one study, more research is required to prove these findings about heart health and heart disease better.

Patients with heart disease who are taking blood-thinning medications should ask a doctor before using these supplements.

Both fish oil and krill oil come with blood-thinning effects.

Thus, possible drug interactions may occur when they are combined with blood-thinning medications.

When we speak of bioavailability, we talk about how a certain substance is absorbed and used in the body, and when we refer to omega-3 fatty acids, bioavailability is a factor that should be highly considered.

Because krill come with significant differences in their molecular structures, it is safe to say that krill oil is better than fish oil in terms of bioavailability.

On the other hand, the fatty acids of fish oil are made of fatty acid esters.

The difference between these two is that phospholipids are both water-soluble and lipid-soluble.

This means that they can be incorporated into the cell membrane directly.

Meanwhile, fatty acid esters need to be hydrolyzed first before they can enter the cell membrane.

Having said these, in terms of digestibility, krill oil is better than the other, although more research is still needed to prove this.

Both krill and fish oil contain EPA and DHA. But, how they affect your cognition differs.

Krill oil contains phospholipids and these are key components of all cells.

Additionally, they act as chemical messengers in the brain.

This is why krill oil is better than fish oil in terms of improving cognition and supporting neuro-regeneration.

In this study, fish oil had higher EPA and DHA doses compared to krill.

Because of krill’s bioavailability, it is easier for it to be absorbed by brain cells even at lower EPA and DHA doses.

What more if the EPA and DHA doses are higher?

Take note that, if you have other cognitive health conditions, make sure to seek the invaluable service of a medical doctor to avoid complications.

In this study, animal subjects were given 500 mg of krill and fish oil.

The results showed that the former significantly reduced cytokine levels.

This means that for sports injuries or rheumatoid arthritis, taking krill oil is effective and safe.

Aside from additional use in managing weight, EPA and DHA can also help in the management of PMS or premenstrual syndrome.

PMS is characterized by bloating, dysmenorrhea, fatigue, and sometimes, anxiety.

But, which among these two can provide better and healthier effects?

According to a study from Canada, compared to fish oil, krill is better.

In this study, patients experiencing PMS were given both krill oil and fish oil for three months.

Indeed, both krill and fish oils can promote many health benefits.

Some of these are the prevention of cancer, limiting heart disease, and supporting cognition.

Fish oil and krill oil are also found to be effective in managing rheumatoid arthritis and PMS syndrome.

Although krill and fish oil contain EPA and DHA, based on scientific references, their effects differ from each other.

Generally, taking krill oil offers greater health benefits than taking fish oil as the former is found to be healthier and more effective.

If you have other health conditions, before you take any of these two make sure to seek the invaluable service of medical doctors or wellness professionals to avoid complications.

What are the best alternatives for fish oil and krill oil?

Instead of fish oil or krill oil, you can take flaxseed oil or algal oil. These products are also rich in EPA and DHA.

Can I take fish oil and krill oil together?

Yes, you can take these together. However, if you are taking other medications, you should ask a medical professional for safer use.

Krill oil can keep your scalp and hair strong. They support hair re-growth.