Obesity and Sugar Consumption and Why the SWEET Act Could Help 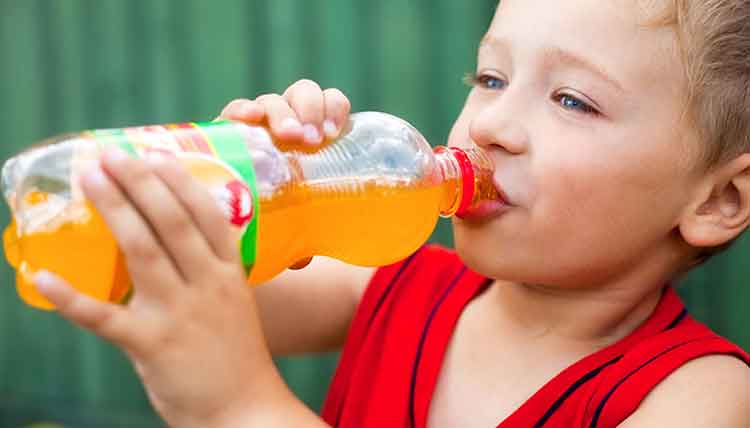 The unprecedented levels of obesity and obesity-related diseases in our country are not just a result of eating fatty foods and lack of exercise and a lot of PhenQ reviews can attest to that.

In fact, evidence points to refined sugar added to processed foods and drinks.

Our national addiction to this drug-like substance can be blamed in good part on the marketing done by food companies that specialize in sugar-rich drinks, desserts, and snacks.

Once we eat their products loaded with the stuff it becomes physiologically difficult to resist them.

We urge all Wellness Warriors to join our letter-writing campaign and let your representative know that you want them to cosponsor this bill and help bring it to a vote on the House floor.

Don’t Be Fooled: It’s Not Just About Exercise

Coca-Cola made headlines recently for its close involvement with The Global Energy Balance Network (GEBN), a non-profit research group purported to focus on “preventing and reducing diseases associated with inactivity, poor nutrition, and obesity …curtailing the obesity epidemic.” “Energy Balance” refers to the now antiquated theory that calories-in minus calories-out (exercise and metabolism) governs body weight.

Recently Anahad O’Connor of the New York Times exposed GEBN as a mouthpiece for Coca-Cola.

Promoting a lack of physical exercise as the main culprit in weight gain helps the public believe that they can nullify the extra 240 calories from a 20 oz. soda by exercising more.

Of course, exercise has many benefits, but relying on it to offset sugar consumption is not a good idea.

We’ve seen this type of interplay between big food companies and researchers before and it often seems suspiciously skewed. O’Connor cites research showing that studies funded by Big Beverage companies are five times more likely to report no link between sugar consumption and weight gain than studies with no corporate funding.

(This type of research, although it is usually presented as reputable, is more often refuted than corroborated.)

O’Connor references the work of Dr. Yoni Freedhoff, Assistant Prof., University of Ottawa, Department of Family Medicine, whose keynote address this May at the Physical and Health Education Canada Annual Conference presented scads of research that directly contradicts GEBN’s position.

His whole presentation is worth watching, but here’s a sample:

These results are unexpected—they seem to defy the “calories-in minus calories-out” model—but their plausibility is strong.

When only weight gain is concerned, this evidence, surprising as it is, suggests that exercise alone will not significantly serve as an antidote to obesity.

Just as opening a can of Coke doesn’t actually “open happiness,” we can suspect that research coming out of GEBN is another marketing strategy from the soft drink industry, probably in response to slumping soda sales over the past 10 years.

More on Sugar and the American Diet

Cutting added sugar from any processed source should be on the minds of everyone in America.

In 2012 the Institute of Medicine of the National Academies clearly listed “limit calories from added sugar” as an obesity prevention target in their report on solving the weight of the nation.

The World Health Organization recommends only 5 to 10 percent of the energy consumed to be from sugar.

The American Heart Association recommends no more than six teaspoons for women and nine teaspoons for men. We are over-consuming sugar by at least double the recommended amount.

Roughly 50% of our calories consumed from added sugar come from sugary drinks.

Do the math: to cut out half of most diets’ added sugar, we could simply cut out sugary drinks. It’s really that simple?

A 20 oz. the soft drink contains 240 calories or roughly 15 teaspoons of sugar.

The research is quite clear, soda consumption is grossly unhealthy.

A Tax on Sugary Drinks

While some argue that what we eat comes down to personal choice, the more nuanced approach argues that food and beverage marketers are influencing our daily decisions.

As evidenced through Coca-Cola’s “science-based” research discussed above, these companies will try anything and everything to get us to buy more of their products.

According to a Federal Trade Commission report, In 2006 alone, beverage companies spent $3.2 billion on marketing for sodas, and roughly ⅙ of that money was spent on marketing to ages 2-17.

Maybe something more than educating the public about the dangers of drinking sugary beverages is in order.

Hence the birth of the “soda tax.”

Similar to what our country does with tobacco and alcohol, there are many people who feel that the price of sugary beverages should more accurately reflect the price they have on the health of our society.

In 2012 New York Mayor Bloomberg leads the way with enacting soda legislation when we proposed to ban sodas that were over 16 ounces from the city. This measure ultimately failed, but since then about 30 other cities have tried their hand.

Notably, San Francisco and Berkeley announced soda tax measures in 2014 and Chicago in 2012. The Chicago measure failed in no small part because Coca-Cola stepped in and donated $3 million to the city’s fitness centers to make the soda tax irrelevant.

San Francisco’s bill was defeated as well, again with BIg Soda coming in to confuse things with over $7.7 million dollars to fight the measure raised by American Beverage Association-backed groups.

However, on January 1, 2015, Berkeley became the first city in our nation to approve and implement a soda tax.

Some of these funds have been used to revitalize struggling school garden programs in the district.

A more concrete example of health outcomes from a soda tax comes from our southern neighbors in Mexico, who in 2013 enacted a 10 percent tax on sugary drinks.

A year after the tax was enacted, soda sales in the country were down by 6.4 percent while untaxed beverages like bottled water and milk were up 7 percent.

Soon after that, soda sales dropped 12% lower than when untaxed. Researchers also claim that the soda tax has an additional benefit of increasing public awareness about the health outcomes of soda consumption.

While it is too early to know how the soda tax has affected obesity rates, it’s clear that the tax can have a very positive effect.

Soda taxes aren’t without their criticisms.

The main argument against these types of taxes is that they disproportionately affect people in lower-income brackets.

While it is true that this demographic consumes more soda, it is also disproportionately affected by obesity and Type 2 diabetes, and other complications of a poor diet.

Proponents of the tax argue that the increased costs of sugary beverages will ultimately lead to decreased health care costs in low-income populations—a net financial gain over the long term.

The revenues of a SWEET Act tax would go towards research and programs that help eradicate diet-related health conditions in priority populations.

DeLauro and others, like food writer Mark Bittman and Dr. Kelly Brownell, believe that this tax would be a powerful way to change the health of our nation and counteract the artificially low costs of sweeteners currently enjoyed by the sugar and beverage industries.

We believe the same.

If you want to stand with us and see The SWEET Act become a reality, please join our letter-writing campaign and let your representative know your thoughts.