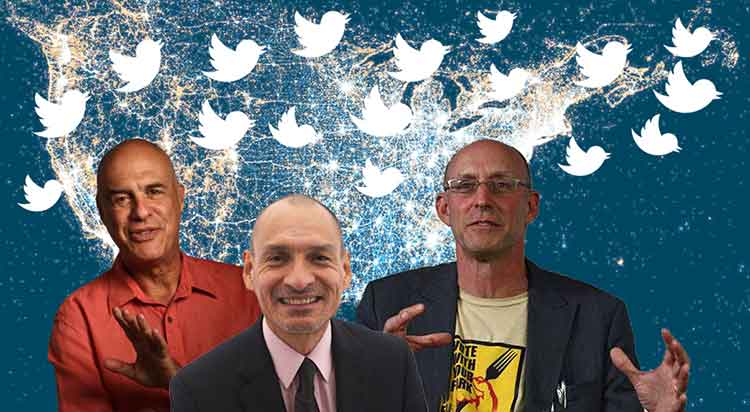 The idea that food connects us all is ever-present during the holiday season, but the notion of a National Food Policy—guidelines ensuring that those food connections are truly healthy and sustainable—is not something that necessarily graces the table.

As we enter into the holiday season, it may be time to think a little more about our food system and the ways in which we’d like to see it change.

If you have questions about what a “national food policy” might include, specific concerns that you want to voice to a wider audience, or simply want to see what others have to say about the idea,  join the Union of Concerned Scientists for their live TweetChat with Michael Pollan, Mark Bittman and Ricardo Salvador on December 3rd from 3-4 pm. Register a question and learn more about the event here.

To give you a little context, here’s a smidgen of the news this week related to food policy at the national, local, and corporate scale:

Andy Bellati of Civil Eats writes this week about the leaps and bounds that some countries in Latin America are taking to make their food systems work.

Buenos Aires just announced that it will install fruit-filled vending machines in their municipal wellness centers (a foreign concept to us, eh?).

Chile and Ecuador have adopted labeling laws to protect consumers, and Mexico has implemented a sugar tax.

When it comes to food policy, the United States should consider looking to ‘developing nations’ for well-developed strategies.”

Back on our home turf, an exciting and unprecedented ruling from the FDA mandates calorie counts visible on chain restaurant menus, menu boards, and other public outlets.

This change will be in full swing in about a year and it will also apply to supermarkets, convenience stores, and movie theaters.

Margot Wootan, Director of Nutrition Policy at the Center for Science in the Public Interest (and recently voted one of the most innovative women in food and drink by Fortune and Food and Drinkmagazines), talks about how important this ruling is in the CSPI press release:

Menu labeling is the biggest advance in providing nutrition information to consumers since the law that required Nutrition Facts labels on packaged foods was implemented 20 years ago.

It will soon seem strange that once it was possible to go into a Chick-fil-A or a Denny’s and not see calories on menus and menu boards. We hope that small chains and independent restaurants provide the same information voluntarily.”

And with some news on what food policies look like when big corporations have too much say, Kate Colwell of Friends of the Earth writes about how the newly released sustainability standards from the Global Roundtable on Sustainable Beef (GRSB) (comprised of Big Food Folks like Cargill and McDonald’s) are no more than greenwashing and an exercise in consumer confusion.

According to the letter, the sustainability principles and criteria are “highly flawed” and fail to address key sustainability and human health issues like the routine use of non-therapeutic antibiotics in healthy animals, a key contributor to the rise of antibiotic resistance that kills more than 23,000 people in the U.S., annually.”

When we leave food policies to corporate interests, they lose effectiveness in favor of making nothing more than profits for the parties involved.

Check out the full articles to learn more and please join us UCS, Mark Bittman, Michael Pollan, Ricardo Salvador, and other concerned citizens via Twitter on December 3rd to learn more about what you can do to make a change in our food system.