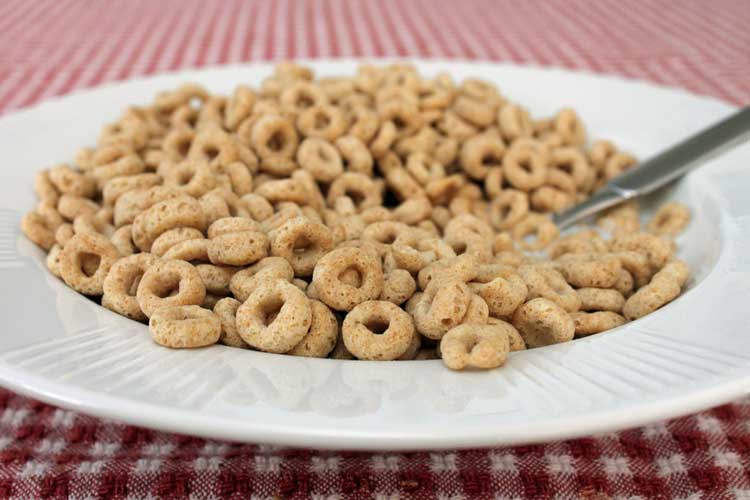 Vani Hari is Serious about Cereal

The “sea of chemicals” in which we live conjures waves of stories about precocious puberty and fishy food sources.

People ARE demanding that big food companies be held accountable for the health of our nation.

Vani Hari of Food Babe recently released her book The Food Babe Way in which she explains, among other things, her successful campaigns such as convincing Subway to drop a suspect chemical from its bread, and Starbucks to drop its caramel coloring. And she is making news again with another victory, this time over cereal companies.

In this case, BHT (Butylated hydroxytoluene) is known to cause cancer in rats and shows strong signs of being an endocrine disruptor.

It is used as a preservative here in the U.S., but perhaps most shockingly, it is banned in many other countries. Hari is targeting General Mills and Kellogg’s:

Why should Americans needlessly consume a controversial chemical if these companies have already figured out how to make their cereals without it?

Jack Smith of the New York Observer reports that within a day of launching her campaign and petition, 17,000 signatories and statements from General Mills emerged claiming that they already had plans in motion to remove BHT.

Smith’s interview with Hari suggests that this was a PR stunt more than anything else:

General Mills told the Observer that Ms. Hari didn’t factor into their decision-making at all and that this has been something in the works for a long time. Their statement in full:

BHT is an FDA-approved food ingredient, but we’re already well down the path of removing it from our cereals. This change is not for safety reasons, but because we think consumers will embrace it. We’ve never spoken with Vani Hari and she did not play any role in our decision. Many of our US Cereals do not contain BHT including: Cheerios, Honey Nut Cheerios, Trix, Kix and Lucky Charms. Our removal of BHT from cereals is well underway and has been for more than a year.”

Ms. Hari says this is a “hilarious” response and not the one she received in an email just a few weeks back.

Before, it was, ‘These ingredients were safe,’” Ms. Hari said. “Now it’s, ‘They’re safe, but we’re going to take them out.’ This is the typical PR line to save face. They think I’ll back off, but they still haven’t given a timeline.”

Regardless of General Mills’ intentions, we can rest assured that with the public eye now glued upon them, the cereal company will follow through.

This is another powerful example of not only how powerful we can be when we unite for our health, but also an example of how many people are out there ready to take action.

If you feel so moved, jump on the Food Babe petition to General Mills and Kellogg’s and make your voice heard!

A New “Wellness Dorm” At Univ. of Vermont Breaks The Mold

How This Wellness Community Is Thriving: A Talk with Marie and Steve Nygren of Serenbe

Approaching Wellness In Ourselves From a Place of Love: An Interview with Mike Robbins

Is Big Food getting a little treehugger?