Forgetting things and being unable to recall with clarity is something almost everyone faces at some point in life. We tend to associate this with ‘getting old’ and slowing down.

However, increasing numbers of people who are in the younger age bracket are now falling prey to symptoms often bracketed as ‘brain fog’.

I was taken aback when I began to experience forgetfulness and mental fatigue.

Not knowing what was going on, I ascribed it to many conditions, including my hormonal glands.

As these thoughts began taking over my mind, I read about nootropics and how they are useful in charging up the electrical circuitry in the human brain, bringing about a positive change.

My research into nootropics led me to many suggestions of nutritional supplements like Alpha Brain.

The fact that Alpha Brain sought to bump up alpha waves in the brain to help focus and mental cognition appealed to me.

I have since joined the Alpha Brain bandwagon and am satisfied with the effects.

What follows is my detailed Alpha Brain review…

Alpha Brain Supplement – Is It Really Worth It? 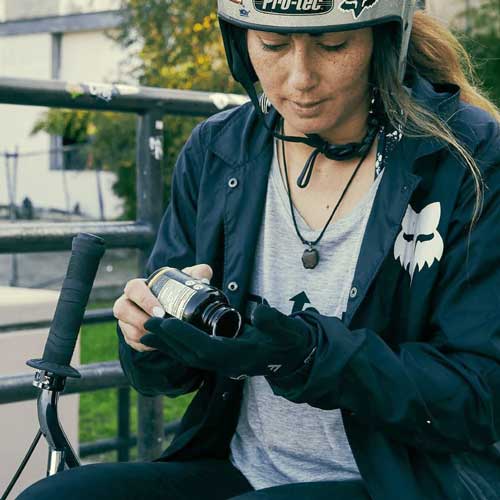 What is Alpha Brain?

Alpha Brain is a dietary supplement that aims to improve cognitive functions like memory mental speed and focus.

With celebrity Joe Rogan to promote Alpha Brain, this product has made significant inroads into the mental health supplement industry.

Basically, it is a combination of nootropics and is used to improve mental performance by those who feel they are slacking in this direction.

Alpha Brain is made by a well-known wellness company, Onnit.

It is known for a range of products that help brain function, performance-enhancing products, immune health, and nutrient packs.

Not only these, but Onnit is also into fitness equipment and apparel as well.

Why was it created?

Alpha Brain was thought to be the need of the hour in helping bring back peoples’ brains to work at their very best.

This nutritional supplement supports cognitive functions and helps to focus on simple tasks.

There are many reasons our brain slowly declines or slows down over time. How early or late this sets in varies from person to person.

That it will eventually happen is inevitable.

The human brain is a marvelous organ and there is continuous clinical research going on to keep it in top working order.

Alpha Brain works on the theory of harnessing alpha waves in a bid to improve cognitive function.

A product that would bring the best cognitive processing speed with the least side effects was needed, and Onnit had the answer.

What are alpha waves and how do they affect cognitive function?

Any Alpha Brain review one comes across talks about alpha brain waves and I had no idea what this was when I first read it.

It seems the human brain is buzzing with electrical activity.

Alpha brain waves are produced in the relaxed phase of brain activity.

They indicate that the brain is active and alert. More alpha waves also mean the ability to focus more on a task at hand.

These waves are only one of five types of waves produced in the brain and are found in the middle spectrum.

They are associated with an activity that controls nerves and gives an optimal level of focus.

This helps to boost cognitive function while keeping up mental alertness and the ability to process multiple instructions.

How does the nootropic work?

Alpha Brain is a dietary supplement that contains nootropics of different kinds.

It has especially two ingredients, Huperzia Serrata, and GPC choline, which gets converted to acetylcholine.

This way, acetylcholine levels get a major boost and helps the production of alpha waves in the brain.

Alpha Brain Instant is one of the product ranges that have an even faster effect.

Age and stress have effects on certain brain functions like memory retention and cognition that become obvious over time.

Onnit Alpha Brain works by recharging alpha waves in the brain connections and inducing a state of calm and focus.

A little bit about brain and nerve cells

The brain is full of nerve cells and efficient working depends on the state of neural communication. Nootropics and amino acids work to protect the brain cells from damage and trauma.

It is then able to accomplish tasks using a nootropic blend found in many supplements.

When the brain starts producing more alpha waves, there is more calmness and focus in a person.

There are four ingredients that go into Alpha Brain.

More aptly blends, I will describe them below…

The main driver behind Alpha Brain, Onnit Flow Blend is a combination that aims to promote alpha waves.

The theory is that with more alpha waves, there will be improved cognitive functions and lifting of brain fog. Boosted alpha brain wave production will give a healthy brain environment.

The ingredients here are: 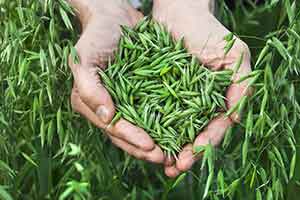 This plant extract has been helpful in improving the attention span in the elderly.

For those not in the know, a cat’s claw is the name of a vine that is native to the Amazon rainforest.

It is believed that a cat’s claw extract is helpful in different health conditions like infections and Alzheimer’s disease.

How far these claims are substantiated to boost focus or charging up tired brain cells is in question, but it causes no harm.

Again as the name implies, this focus blend is to improve focus and help the user concentrate on the task at hand.

The first, GPC Huperzia Serrata belongs to the moss family and helps support cognitive functions for those with Alzheimer’s.

Bacopa is an herb used extensively in Chinese medicine, again for cognitive enhancement.

Both of these are believed to work in tandem to improve cognitive effects.

To fuel the brain and get it going, Onnit Fuel Blend uses L-leucine at 60 mg. One of the amino acids required by our body, L-leucine is a building block for proteins and helps in building muscle.

However, there is also a role of this amino acid in improving brain function by strengthening the nerve sheaths, thus protecting brain cells and improving cognitive abilities.

As can be seen, not much clinical research is present to support the role of these ingredients in improving alpha waves.

However, overall effects on users have been satisfactory.

Who should not use the brain supplement?

Perhaps the biggest endorsement Alpha Brain has is that of celebrity Joe Rogan.

Besides that, there are plenty of Alpha Brain reviews shared by satisfied users.

“My ability to focus and neural communication has improved dramatically on Alpha Brain. I am using this for the past four months to great effect. Definitely recommend this!”

“Initial stomach unease notwithstanding, I have benefited immensely with Alpha Brain Instant. I have noticeably improved my memory after taking this product. I trust Onnit and have since used multiple other products.”

Getting the wiring right in the complex human brain has been made easy by Alpha Brain Instant from Onnit.

There are no adverse side effects and I have gone on to recommend this to a lot of friends and family.

With these testimonials, now you also have my Alpha Brain review.

Pros: What I Liked

With all its benefits, one must not assume they may overdose.

The prescribed dose of Alpha Brain is two pills daily with a light meal.

For those using powder, mix contents of each pack in 8 ounces of cold water, again with a light meal.

Remember to not take too much Alpha Brain since it may be risky for your health.

Like I said earlier, there have been limited scientific studies to prove the effectiveness of Alpha Brain blends.

Trying to boost alpha waves through diet and lifestyle changes might be a great idea too.

Alpha Brain is available for online purchase directly through the Onnit website, along with its other products.

I have chosen this method to keep my cognitive functions intact. The original website is the best place to get your supplies.

The company handles international shipping to many destinations which are clearly mentioned on the website.

The timing of delivery will depend upon local rules and regulations.

Additionally, Onnit has retailers in the UK, Ireland, South Africa, and BeNeLux regions to make shipping easier in these countries.

I was slightly doubtful about the effectiveness of a dietary supplement in creating more alpha waves for better cognitive functions.

I am quite impressed by the positive changes I have seen in myself.

Even without having a lot of studies to fall back on, I am happy with Alpha Brain and it continues to be on my daily routine with good results to brain nerve cells.

Despite the lack of scientific data to back its claims, Alpha Brain Instant does work to bring a positive impact on brain function and mental processing.

What are the side effects?

There is a possibility of gastrointestinal unease when first starting on this. however, this is not a commonly noted effect and even if it is there, it settles down well over time.

Does Joe Rogan actually use this nootropic?

Joe Rogan is a celebrity who is seen to share his Alpha Brain story. It is believed that he did benefit from this supplement.

Is the supplement a good nootropic?

Alpha Brain is a collection of nootropics cleared by the Food and Drug Administration. It is certainly a good nootropic blend that works in optimizing neural communication.

The Well Team is a group of Wellness Warriors who test and review high-quality health and wellness products and send in only products that work.

Can Testosterone Increase Your Penis Size?

This website uses cookies to improve your experience. We'll assume you're ok with this, but you can opt-out if you wish. Accept Read More

Don't miss this one-time offer! Try Alpha Brain For Over 30% OFF Today!