Chris Pratt is an American actor.

He actually gained his fame as a television actor before becoming a movie star.

As a movie star, Pratt became well known in Parks and Recreation which was a huge hit, making him a star.

But fans also are intensely interested in how Chris managed to lose 60 pounds in six months and get such a stunning bod!

He really sent waves through Hollywood when he appeared shirtless on Instagram showing his six-pack abs.

The caption was ‘Six months no beer!’

But it was his preparation for the Guardians of the Galaxy movie which really got him working out and eating well as well.

He had to get shredded for this movie, and he did just that. 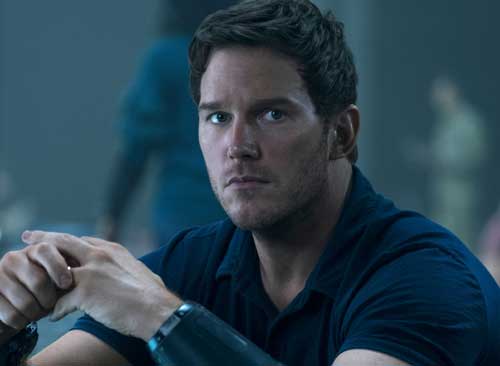 When Chris auditioned for Moneyball, they told him he wasn’t in the right physical shape.

That hurt a bit.

So he took 2 months to lose between 30-40 pounds doing wrestling, eating less, and working hard.

For one of his top movies, Guardians of the Galaxy, he ended up looking superb.

He put his 3-move workout principles together that transformed him from ‘slob to superhero’ – the slob now had a very impressive six-pack.

The transformation was the work of both Chris and his celebrity trainer, PT Duffy Gaver, a former Navy Seal.

And to get Chris into tip-top shape for the Guardians of the Galaxy meant that Gaver had a real challenge in a short space of time.

Gaver knows his job; how to get someone in shape. He knows how to get Chris looking and feeling his ultimate best.

“I’m extremely proud of the work I did with Chris because it took him from being a character actor of sorts to being a leading man – And a really highly sought-after leading man.”

Gaver only had five months to get Chris in shape.

Chris was extremely committed to achieving a specific physique for his movie role.

Gaver would always mention Chris to his clients – “I told them about how Chris would go through his workout and the whole gym would pay attention to him. Not because he was a movie star, because at the time he wasn’t. He’s dripping sweat, out of breath. He was just a guy who was killing himself in the gym.”

Gaver explained that it was training some days, off some days.

He said that you don’t get fit only in the gym – you also get fit recovering and from your dinner table.

Diet was key to Chris Pratt’s transformation. He quit alcohol during his training period and opted for chicken and broccoli instead.

Chris’s workouts consisted of bodybuilding moves, coupled with excellent nutrition. Once Chris had dropped his body weight, he and Gaver switched over to high-intensity interval training.

When Chris was preparing to get ripped for Guardians of the Galaxy, he worked solidly for five months.

He would train for 4-6 sessions each week. During this time, he dropped 60 pounds – the results were obvious in his good-looking muscle definition.

By the time the movie was ready for shooting, Chris’s fantastic transformation was complete.

Even since the movie, Chris has remained in much better shape than his days of Parks and Recreation.

Are you ready for your own Chris Pratt workout routine to get the body he managed to achieve? Well, you can, and here’s how:

Mondays – Back, Abs, and Biceps

Chris got the help of a nutritionist Phil Goglia. He and his personal trainer, Daver, changed Chris’s body dramatically.

For his movie, Guardians of the Galaxy, Chris lost over 60 pounds when preparing for his role.

It might sound surprising, but Chris actually increased his calorie and water intake but spent more time at the gym.

He built mass and that mass was converted into lean muscle.

For his diet food, Chris swapped out fried food for nutrient-packed protein-rich food like fish and steak, eggs, chicken, and vegetables.

Then he cut down on refined carbs, opting for complex carbs like brown rice, sweet potatoes, and oats.

If he did need to cheat and have a snack, he would eat an occasional scone – no more desserts.

He increased his water intake a lot to the point that his bathroom breaks become quite noticeable while filming Guardians of the Galaxy.

Here’s a breakdown of the kinds of food Chris included in his diet:

He is incredibly disciplined and his work ethic is phenomenal”.

For the first two months, for Guardians of the Universe Chris did two months of

These consisted of cardio workouts, mountain biking, swimming, and sessions that were faster every time.

The conditioning workouts would often be on a treadmill or a rower circuit mixed up with weightlifting or calisthenics.

Chris had goals and he knew precisely how he wanted to look and how to reach them.

Chris achieved everything he wanted to be and have – more muscle, being leaner, and being more fit.

He wanted to see that he did just that for the Guardians of the Universe.

“If you just cut the crap out of your diet, and if you spend an hour a day doing something physical that will make you sweat, six months will pass by, you will feel better mentally, physically, spiritually — it all is tied together.” – Chris Pratt.