How Long Does Creatine Take To Kick In?

According to a study from Connecticut, taking creatine supplements allow you to improve your muscle function.

In this article, we will have an overview of creatine, the benefits of creatine supplementation, and how long it takes for this substance to show its effects.

To start, we should first discuss what creatine is.

Generally, this is a substance that is found in your muscle cells.

According to a study published in the Journal of the International Society of Sports Nutrition, your body can produce this substance from amino acids such as glycine and arginine.

Aside from these, boosting creatine stores in your muscles may also be done by consuming foods like red meat and seafood.

Furthermore, to boost creatine stores in your muscles, creatine supplements are being welcomed.

Creatine supplements are popular for muscle builders and athletes as this substance can produce more energy during high-intensity workouts.

Creatine: Where is it Found?

Also, based on the Journal of the International Society of Sports Nutrition, 95% of this substance is found in the muscles.

But, keep in mind that these normal levels of creatine muscle stores can decline.

Additionally, the other 5% can be found in the testes and brain.

When you take creatine supplements, you increase your stores of phosphocreatine.

According to a study from North Carolina, if you have more ATP, your body can perform better while doing high-intensity activities. 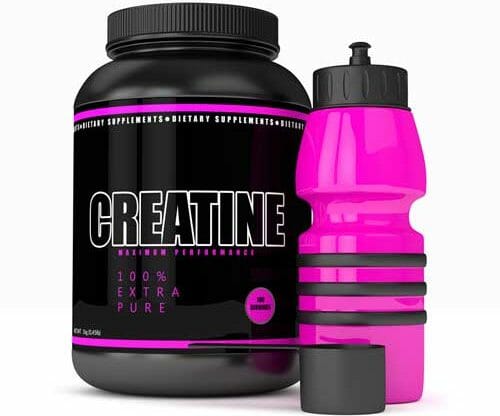 This substance offers many health benefits.

During intense exercise, this substance increases your ATP levels to produce more energy.

Other benefits of taking creatine supplements will be discussed in this section.

One of the benefits of taking creatine supplements for individuals who do intense exercises is that it increases muscle mass.

According to a study from the USA, taking creatine supplements is effective if you want to build muscle mass.

They work by boosting the formation of proteins to create new muscle fibers.

Furthermore, these supplements reduce the levels of myostatin.

To understand better, myostatin is a protein that prevents your muscles from growing.

This means that the more creatine, the fewer levels of myostatin, and the faster muscle growth effects.

In a clinical trial from Belgium, it was reported that the effects of taking creatine supplements on muscles can lead to increased exercise performance and enhanced muscle strength during strength training.

Other effects of this substance on your muscles include the reduction of muscle tightness and muscle strains.

According to a clinical review from Florida, Parkinson’s Disease or PD is characterized by low levels of dopamine.

Interestingly, aside from medications for PD, this substance can also be used.

According to a study from Massachusetts, taking creatine supplements can prevent around 90% of dopamine reduction.

Thus, deciding to take creatine can help them improve their condition.

In a randomized controlled trial from New York, it was reported that patients with PD who exercise by lifting weights were able to increase their power output by taking creatine.

Your brain health may rely on the levels of phosphocreatine.

If these levels are low, you are at risk of developing neurological diseases.

However, since creatine can increase these levels, the progression of mental disorders may be slowed.

Some of the brain conditions creatine supplements can address include the following:

Research shows that creatine supplements improve cognitive processing, especially in patients who are deprived of sleep and those with brain injury.

However, understand that the standalone use of creatine supplements is not fully proven.

Consistent with a clinical trial from the United Kingdom, participants who took creatine supplements improved their memory and recall ability.

Research shows that creatine works by increasing the function of your glucose transporter.

In another study from Brazil, participants were divided into two.

It was found in this study that those who took creatine were able to reduce their blood sugar levels better than those who exercised alone.

One of the benefits of a creatine supplement includes the treatment of fatigue and tiredness.

In a randomized controlled trial from Brazil, it was reported that this substance can reduce dizziness from heat illness by up to 50%.

In another study from the United Kingdom, sleep-deprived participants were able to reduce their brain fog feeling and even experienced increased energy.

For individuals who are doing resistance training, this substance may enhance exercise performance.

Types of Creatine Supplements and Onset of Action 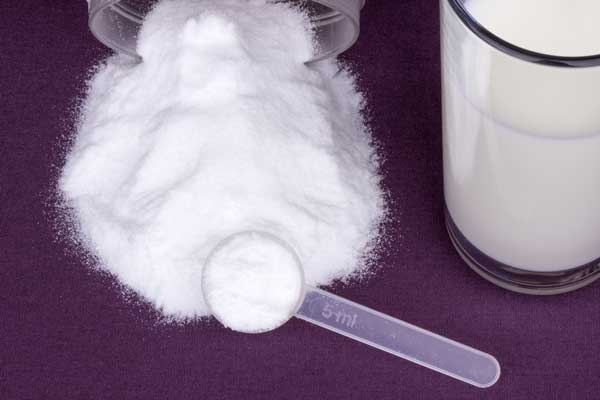 There are different types of creatine supplements.

In this section, we will discuss each of them and how long it takes for these forms to kick in.

According to a study from the USA, creatine monohydrate is the most proven form of creatine. Many studies about it can support its safety and effectiveness.

To maximize the effects of the monohydrate form, the creatine loading phase should be followed.

Loading phase means taking a high dose of creatine monohydrate for a few days, and then lower doses after.

According to some experts from the fitness industry, following this creatine use cycle can promote muscle saturation and increase the levels of creatine faster.

In a clinical trial from the United Kingdom, creatine monohydrate will start to show its effect after 60 minutes. The peak effects can be seen on the 28th day of use.

This is a newer form and it was formulated for individuals who want increased water solubility and absorption of the substance.

In a comparative study from Nebraska, it was found that creatine hydrochloride is 38x more soluble than monohydrate.

This means that hydrochloride can offer lesser side effects as well.

Additionally, if you wish to take this form, there is no loading phase needed to saturate your muscles faster.

The maintenance phase of 5 grams of creatine per day is the only one you should consider.

Furthermore, there are some reports that it takes around 7 days for this form to work and increase your creatine levels.

These effects are also affected by your body composition and lifestyle such as eating habits.

Based on scientific evidence from Australia, creatine ester works only by increasing your creatine stores.

In this study, it was reported that this form offers no effect on strength training.

According to some reports, creatine results may kick in after 2 weeks when it comes to this form. After a month of the creatine cycle, the full effects of this substance can be observed.

There are no studies about the loading phase for those who want to take the ester form.

Thus, there is no dose yet on how to rapidly saturate muscles using this form.

Deciding to take creatine offers many benefits not just on your muscle health but overall health as well.

Furthermore, aside from the monohydrate form, there are other forms of creatine.

Compared to these other forms, monohydrate is the most commonly used because of its proven safety profile and effectiveness.

If you wish to take this substance, you should know how much creatine is required for you to avoid side effects and other health complications.

What disadvantages can I experience if I take creatine?

If you wish to take creatine daily, take a look at the strategy of supplement companies and make sure that you know the proper dose required for you. Too much of it can cause certain side effects such as water retention.

How will I know if creatine is working?

When your workout intensity and training volume have increased, it is most likely that creatine has worked effectively on you.

When should I take creatine?

According to health enthusiasts, you can take creatine before exercise, during exercise, or after exercise.